Foster dad refuses to euthanize puppy born without front legs, decides to give him a second chance

Nobby the puppy was born without front legs. The poor pup was only four hours old when the vet said it would probably be for the best to euthanize him.

Nubby’s owner, however, made a decisive decision.

Nobby had a rough start in life. He was born without front legs and had trouble getting to his mom to nurse. His mother accepted him, but Nubby’s siblings pushed him away so that he couldn’t eat.

On top of that, no matter how sad it was, the vet thought it would be best if Nobby were put down. At that point, the little puppy was only four hours old.

But Lou Robinson, from Texas, who along with her husband Mark has adopted and cared for homeless and unwanted dogs throughout her life, wanted something different. 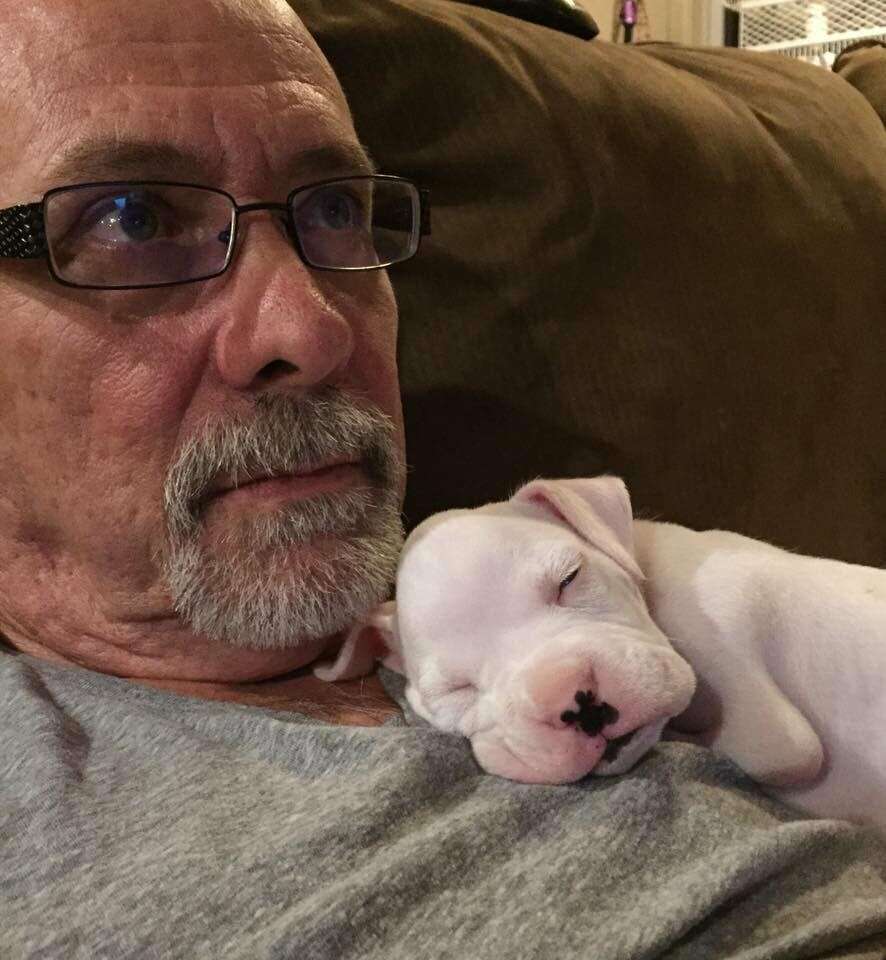 They quickly decided to defy the vet’s suggestion and take care of Nobby themselves. Nobby followed Lou home. There, she and her husband watched over the dog around the clock. They gave him love, security and food through a bottle. 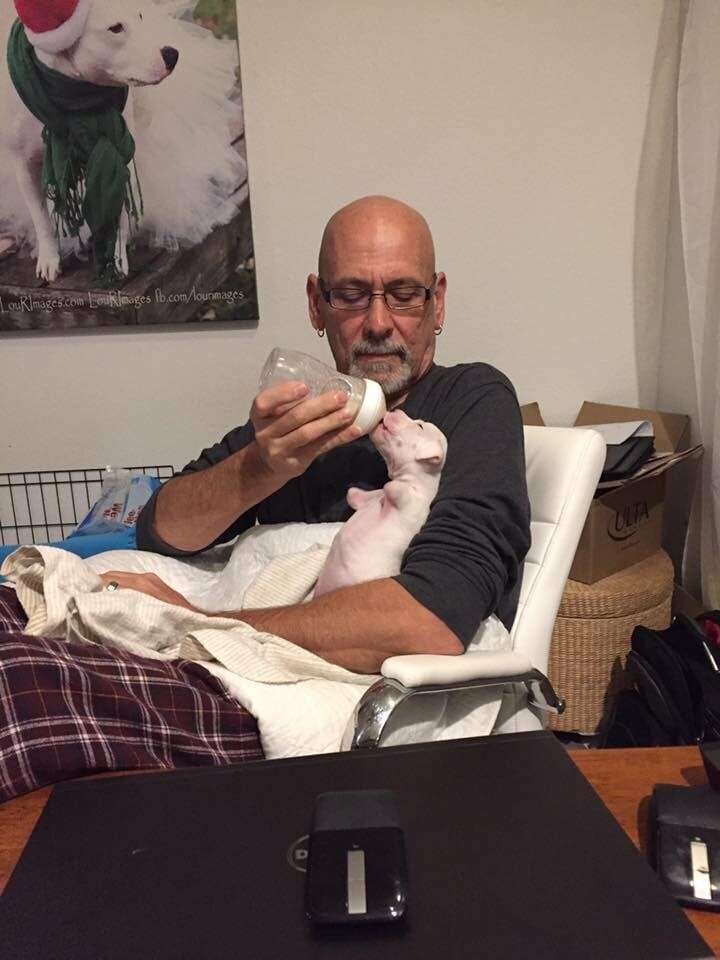 At first, it looked like Nobby was doing well.

“His eyes opened, his ears developed. You could hear him bark, he could smell and recognize voices,” Loui Robinson told The Dodo. 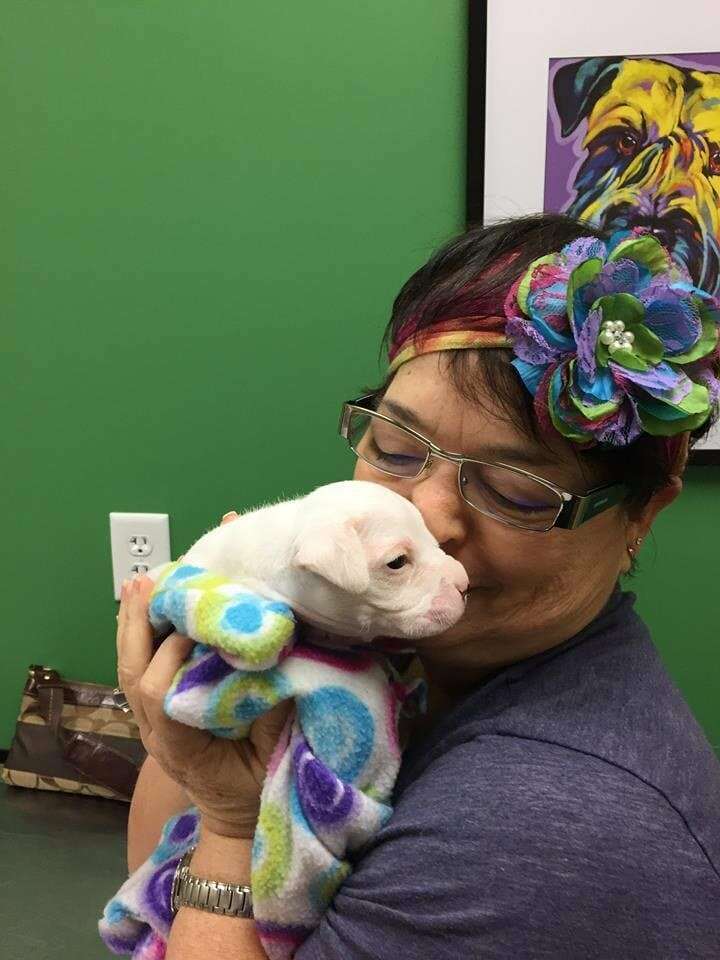 Then things started to change.

When Nobby was almost one month old, he suddenly started sneezing. He could no longer poop, and small bubbles came out of his nose. 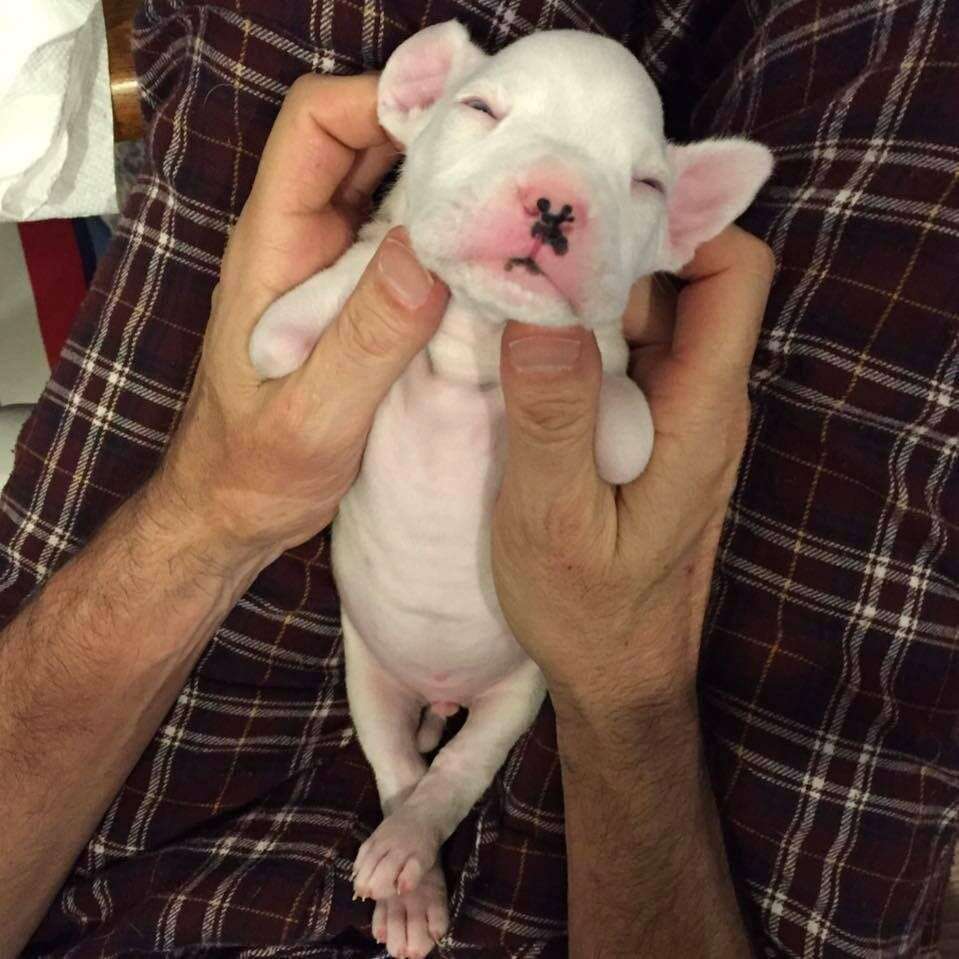 After an X-ray, it turned out that something was wrong with Nubby’s esophagus.

Nobby was given antibiotics and placed in an incubator. The situation looked grave – but Nobby turned out to have a will and fighting spirit that was out of the ordinary. 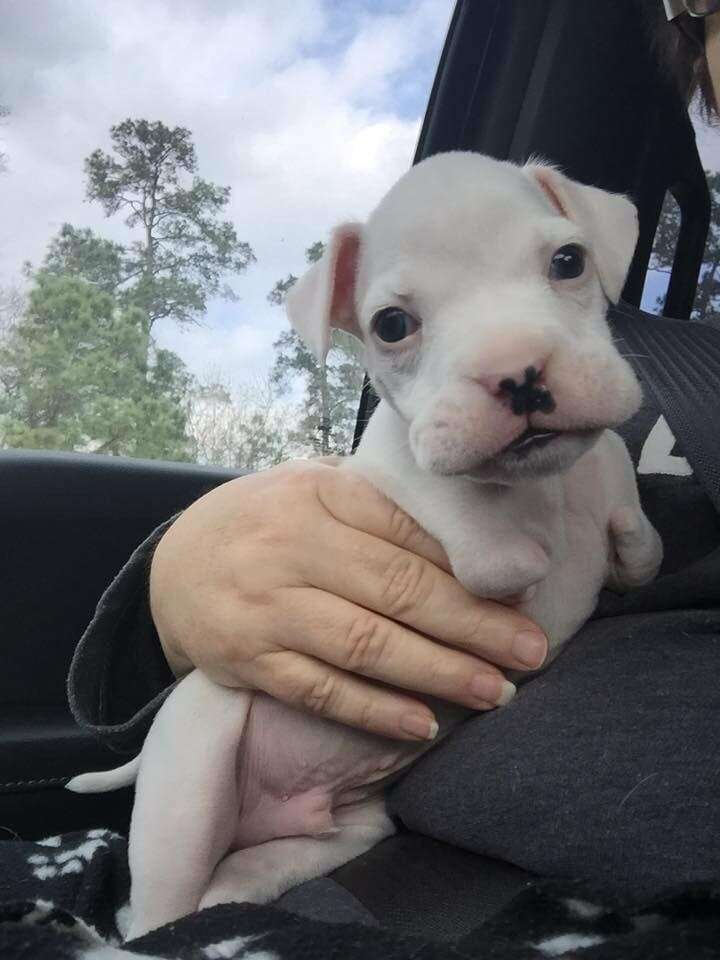 He did not give up. He fought. And as long as he had the chance to have a good life, his foster parents fought to give him that opportunity.

Fortunately, Nobby got better over time. Today, three years later, this wonderful little boy has shown that he is a real survivor.

Sure, life poses some challenges for Nobby, but he has shown a whole world that anything is possible. What’s more, the Robinsons have created his own Facebook page so people can follow his adventures. 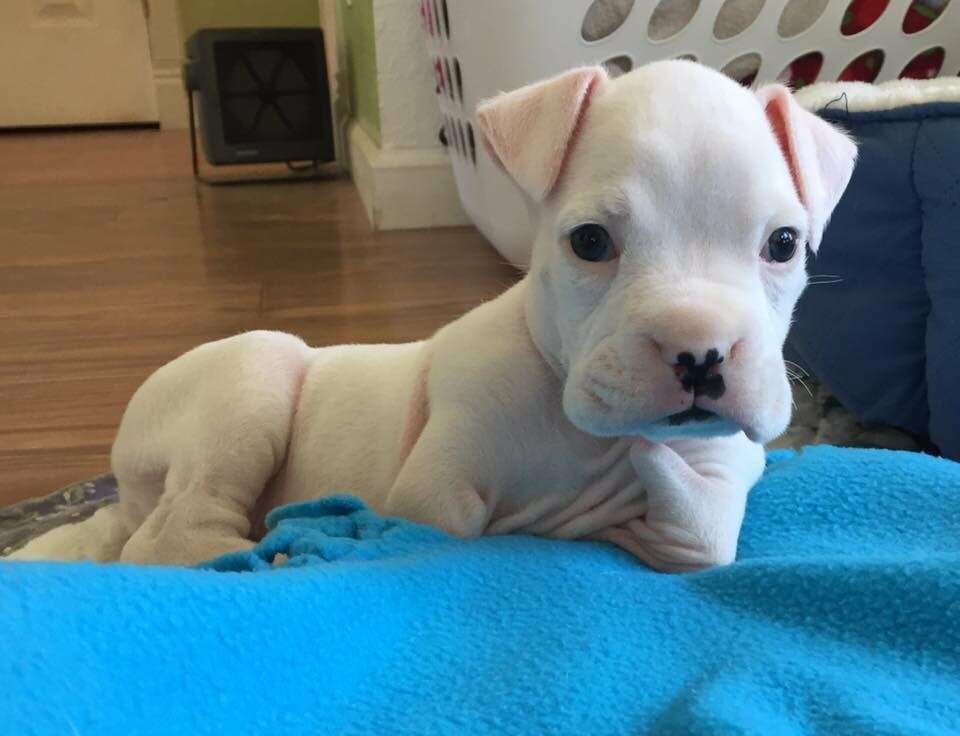 Judging by the updates and photos posted recently, Nobby is feeling better than ever.

He has grown up into a strong dog. He likes to play and he seems curious about life and all that it offers. He even has his own little wheelchair, which makes it easier for him to get around and play.

Nobby is a true source of inspiration! Although he is not like everyone else, he’s proof that being different does not matter. 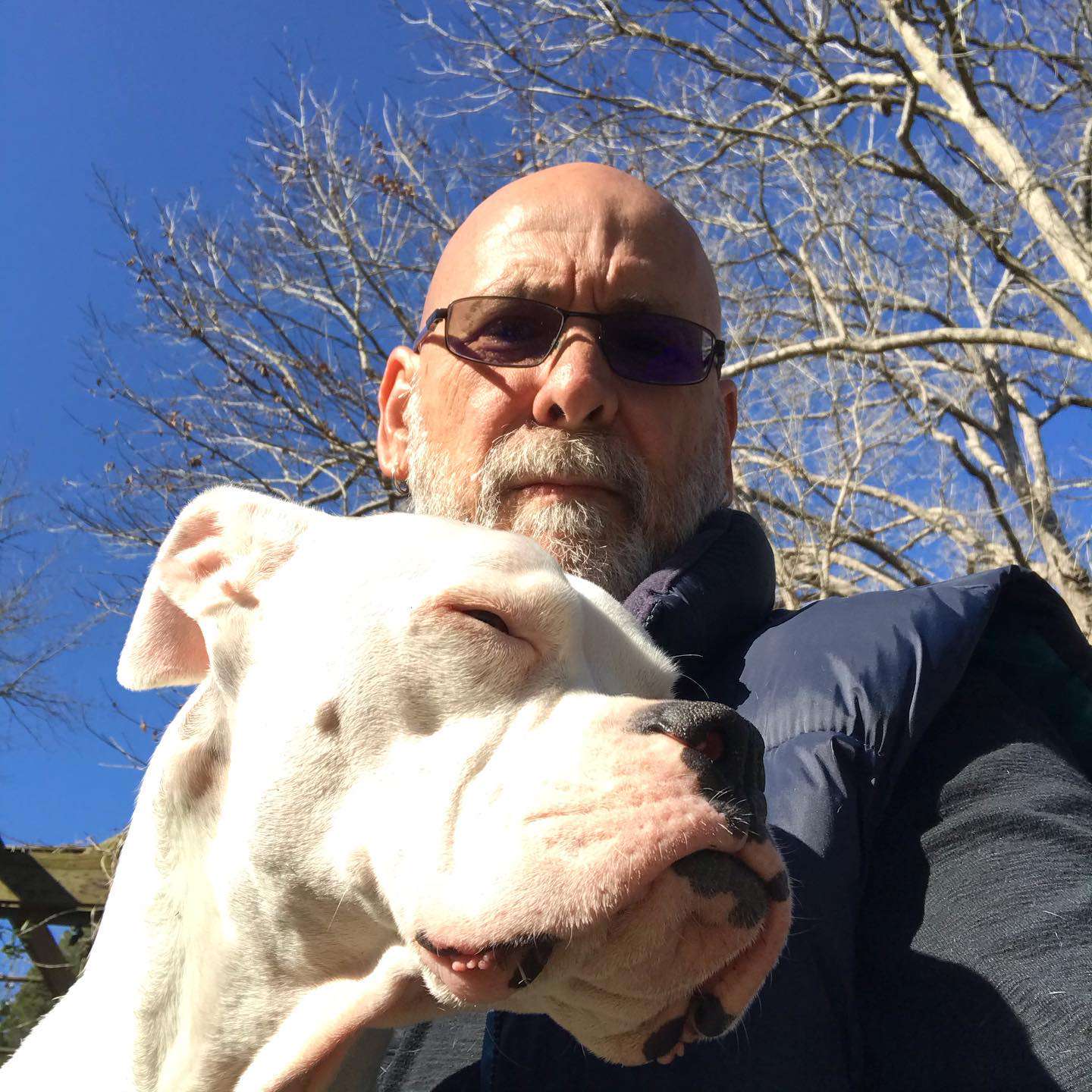 The veterinarian thought he should be put down, but with help from Lou and Mark, Nobby has shown that anything is possible.

Share to pay tribute to this amazing dog and thank Lou and Mark for the amazing job they have done!