Steve Harvey moved to tears after his son’s confession

Steve Harvey is considered one of the most influential people in Hollywood, but to reach this level he had to go through a lot of obstacles.

Steve was born in West Virginia into a modest family, so he didn’t want much as a child and to achieve the success he has today he had various jobs to support himself, such as the mailman, carpet cleaner and a boxer. After he divorced his first wife, he sent most of the money he earned to his children, so it was still quite difficult for him to support himself.

data-reader-unique-id="30">He was homeless for more than 3 years and lived in the car, being forced to wash in gas stations and swimming pool facilities. Steve said that a week is probably enough for this lifestyle, but he had to live like this for 3 years. However, all these events in his life helped him get where he is today, so he does not regret anything that happened. However, life rewarded him and he was given the opportunity to be the host of “Showtime at the Apollo.” From this moment his career developed more and more.

Steve has a total of 7 children, 4 from the first two marriages and 3 from the marriage with Marjorie Bridges. 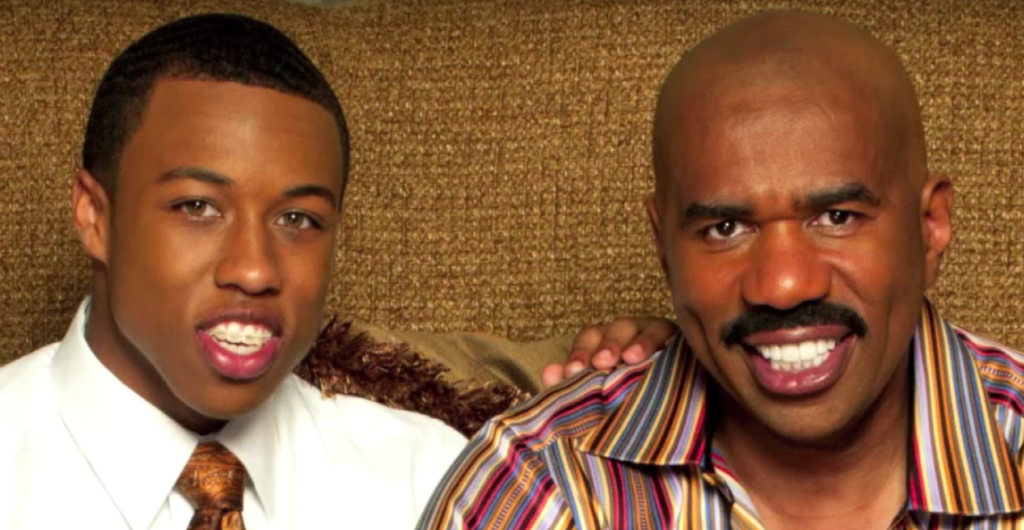 He adopted Marjorie’s children, but did not know how much this meant to the children. Steve loves all 7 children equally and makes no difference between them.

During an edition of the show, the 7 children came as a surprise on the show on the occasion of Steve’s birthday and told what is their favorite moment with their father. The statement of Jason, his stepson, moved him to tears.

Jason said he would like Steve to know how much he loves him and how grateful he is for what he has given him: his last name and most importantly, his time.

Steve was extremely excited to hear these things and cried with emotion, as did the people in the audience.

Steve’s wife was also present on the show and thanked Steve for all the love he gave her and her children.

After his family finished talking, Steve tried to find his words, being very excited and said that the family is all he has and is very proud of each of them. Steve said he had 4 full-time jobs to help his children and did not regret it, but he wanted his children to know that there was a person in their life who loved them more than himself.

Share on FacebookTweet
Share
Previous Foster dad refuses to euthanize puppy born without front legs, decides to give him a second chance
Next Dr. Phil’s ex-wife describes her years together with him