So many animal rescue stories start with a very lovable animal but many of these homeless dogs have skin infections and health issues that would make many of us scared to approach them, let alone help them.

From a very young age, Ken Amante was bothered by all the animals in distress around him, no matter what their condition.

This caring 9-year-old would leave his home in the Philippines every day with a backpack bulging with food and disappear for hours on end.

His parents were curious and one day his dad decided to follow him. He discovered that their sweet son was feeding stray dogs. Some of these dogs were covered in mange and sores but Ken didn’t care, they needed his help.

Ken was using any pocket money he got from his parents to buy the food and feed these helpless hounds.

His proud father took pictures of his son with these dogs and shared them on Reddit writing: “My son has been feeding stray dogs in the neighbourhood for about two weeks now. Today I tagged along.” 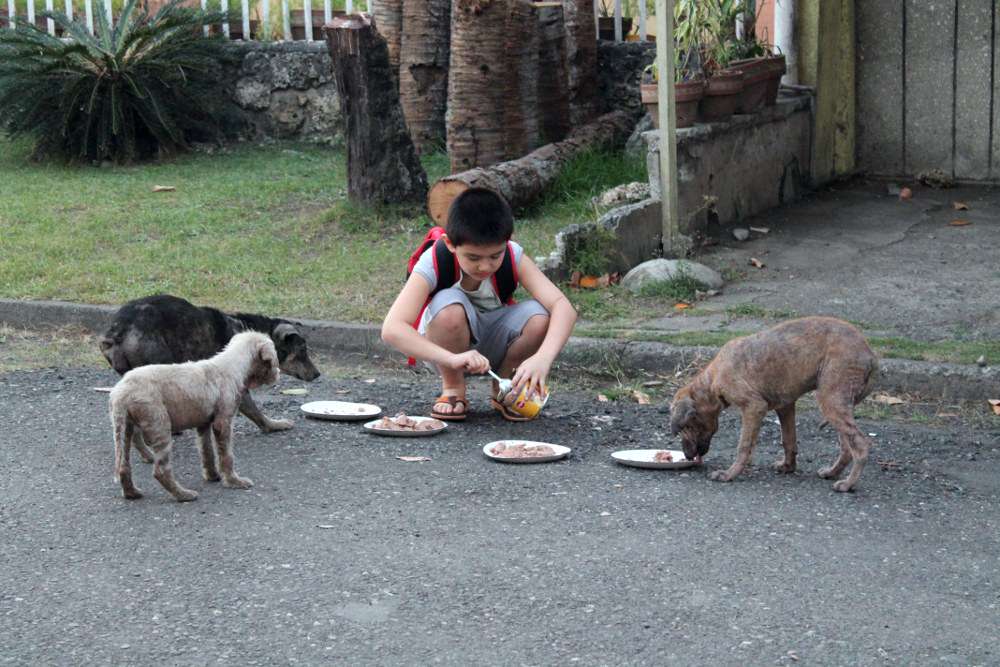 In one of the images, Ken is feeding three dogs that are just skin and bones. He named the two younger dogs Brownie and Whitey and the bigger dog, he thought was their mother, Blackie. All three of them are covered in painful sores and have hardly any fur due to mange.

Speaking to HNGN via video conference, Ken said: “Actually, I always loved animals, even when I was young. I was fond of them even when I was small. My parents told me that before I could even talk, I was already sleeping with my dad’s cat, Hajime-kun. Hajime-kun is 14 now, and he’s still here.”

The images quickly went viral and soon donations came in from people all over the world to help Ken feed more animals. Despite his young age Ken had a dream to set up a no-kill animal shelter and with support from his parents and generous donations he was able to do so. 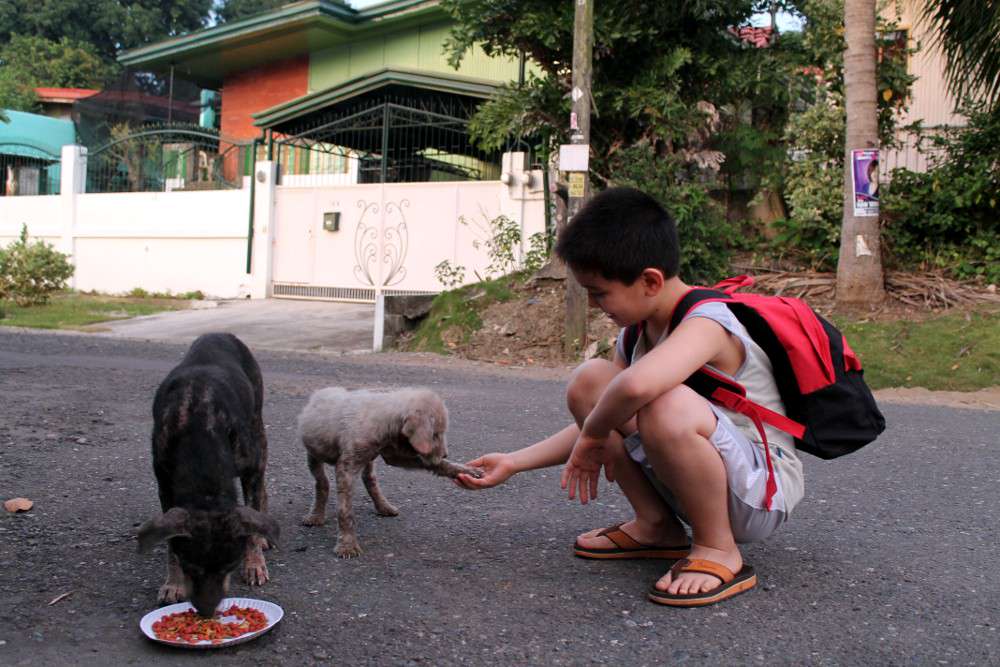 Ken set up “The Happy Animals Club,” the first shelter of its kind in the Davao region of the Philippines, on March 31, 2014.

“I came up with the idea for the Happy Animals Club when I was thinking that there may be more kill shelters than actual shelters for animals,” he said, according to Metro. “I want to save as many of those dogs as I can from being killed for no reason.”

He rented a plot of land for one year and turned it into a home for rescue animals.

“We also spent a lot of money on wood, electrical wiring, tin roofing, cement, and many other things. The area flooded every time it rained, so we built canals.,” Ken said on his organization’s website. 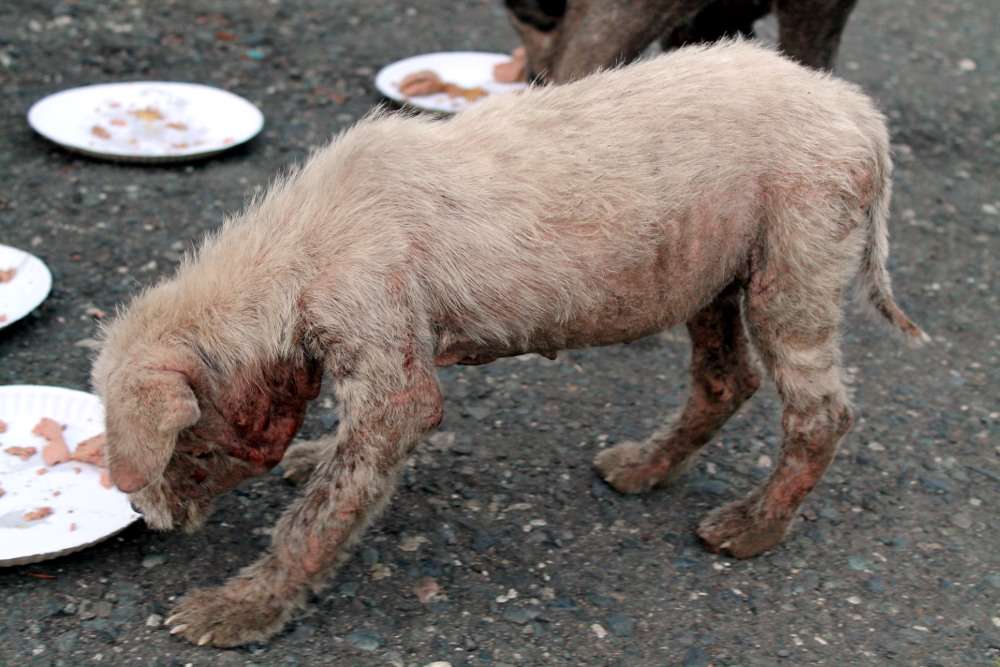 “The shelter now has 2 large pens, 2 apartments, and an annex. The dogs are not kept in cages unless they are ill or there is some other good reason.

“The cats have a very big living area solely for them. All of the dogs and cats at Happy Animals Club are very happy animals,” he added.

The shelter has received so much support from people all over the world, it’s still running today.

“Since 2014, we’ve rescued more than 100 starving and sick animals and provided countless meals to hungry strays,” its website states.

Ken said when he told his father his dream he was told it would take 20 years to establish and he’d have to wait until he was an adult. But this young boy has proven where there’s a will, there’s a way, whatever your age.

Please share so Ken can get more support for his worthy cause. He’s a true animal hero.

Share on FacebookTweet
Share
Previous This is all you need to know about Elizabeth, Mary-Kate and Ashley Olsen’s younger sister
Next Girl with Down syndrome, loses over 40 pounds and gets into modelling.