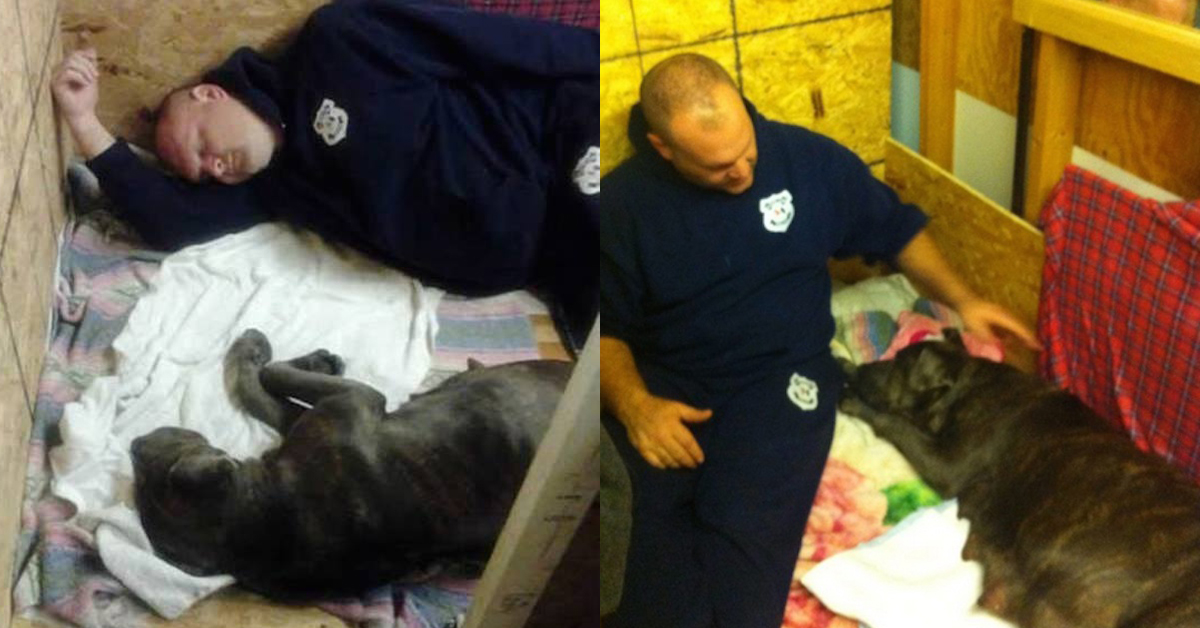 The officer often comes across abused and neglected dogs in his routine, so, he takes them with him to keep them in the jail till his shift is over to take them home with him. He then aims to find forever homes to the dogs.

One day in 2013, a very sickly pregnant dog; whose shape was so rough, was found wandering the streets. So, she was directly taken to Westpark Animal Hospital to be treated. 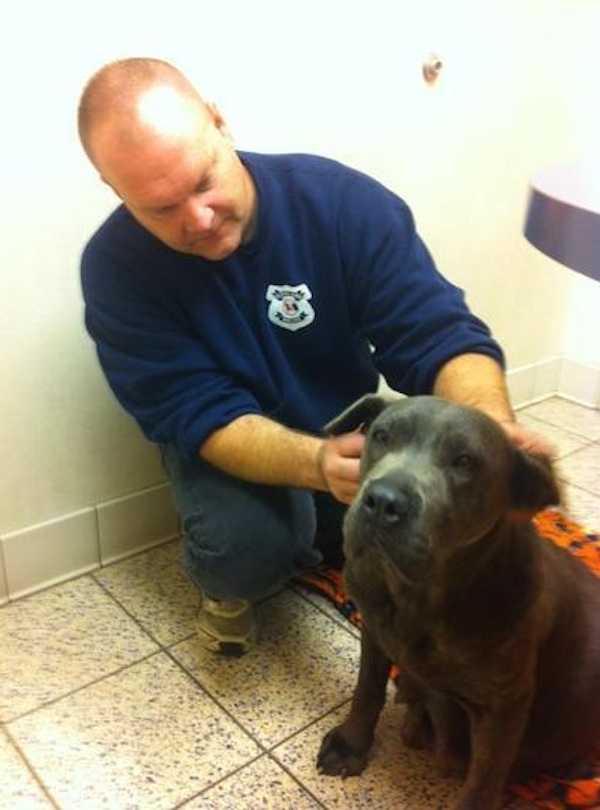 He then took the dog, who was named Clarice, home with him, and kept her in his garage after setting up a comfortable area there. 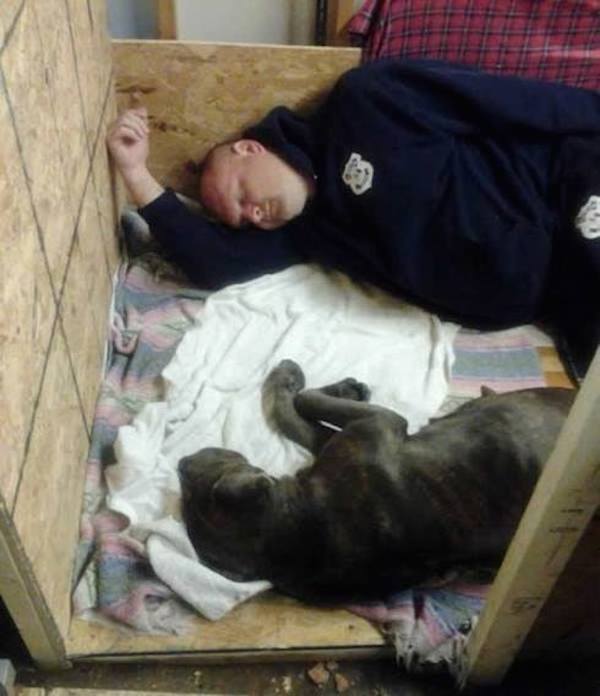 He was also beside her to when she gave birth to 7 pups! The story went viral after he was caught on a photo sleeping by her side. What a great officer!

Watch the video below.