t’s no secret that dogs are man’s best friend. Even though we’re sometimes away from our little darlings, they remember us no matter how much time we’ve been apart.

Wiley, a Siberian Husky, had the same feelings towards his owner’s grandmother. They were very close, so when she passed away, he went through a very hard time – just like any human would. 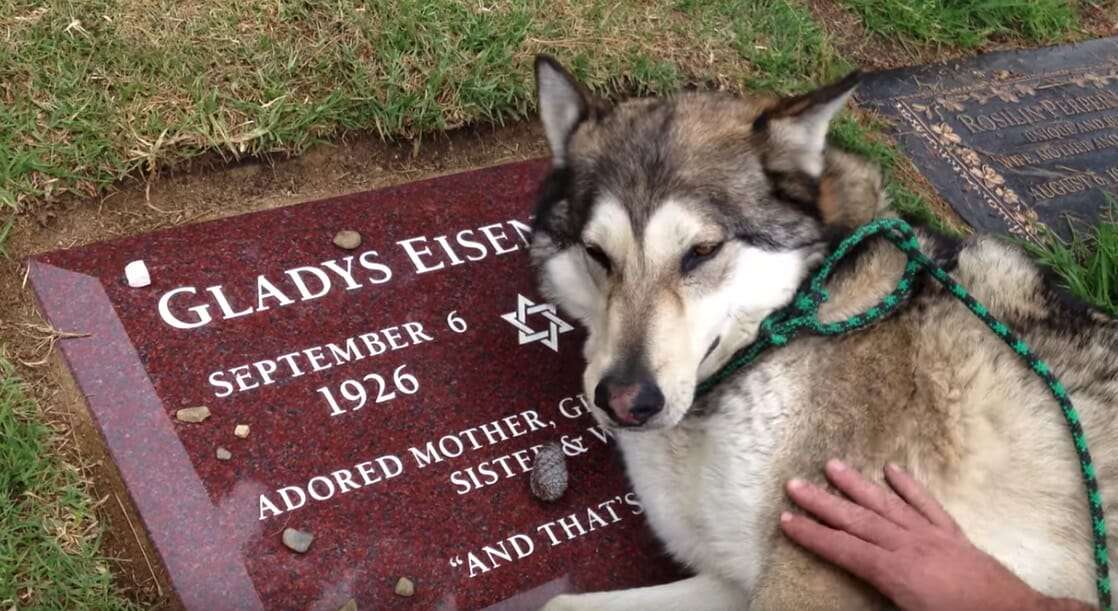 In this video, Wiley’s owner takes him to the grandmother’s grave so that Wiley has the chance to meet her again.

This was recorded by a woman who goes by the name ‘Sarah and the Wolves on YouTube and uploaded on 14 April back in 2013 – but it still breaks my heart.

I saw his reaction, my heart fills with so much warmth and sympathy for him. Ain’t he the sweetest companion?

According to some users who have commented on the video, Wiley is reverse sneezing, not grieving – or is he?

“I can tell you that. I may be anthropomorphizing his actions but it’s how I’m choosing to deal with loss,” sarahvarley13 wrote in the description of the video on YouTube.

Feel free to share this with every dog owner you know – everybody deserves to see this dog’s beautiful reaction towards his beloved friend.