Woman buys vintage bus and transforms it into tiny home

If you are a lover of the minimalism and the unusual, you are bound to fall in love with this bus turned into a living space.

Jessie Lipskin of Asbury Park, New Jersey solved her housing issue in the most remarkable way. This isn’t however for those people whose soul strives for spacious homes, but for those looking for a place where only their ‘most valuable belongings’ would fit.

“I’ve always been very organized and love the idea of holding onto only what you really need,” she said in a piece for Apartment Therapy. “For me, that mainly includes things that hold sentimental value, particularly items that were handed down to me from my family.” 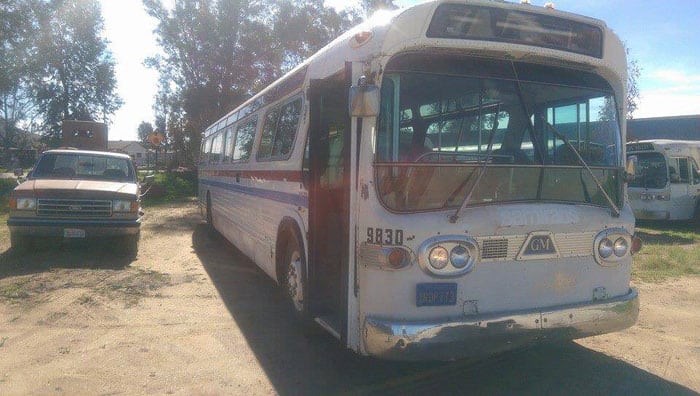 This lady considered many options before she opted for turning an old bus into what she could call a home.

Finding the right one was relatively easy as she only had to choose from the various that were offered for sale on eBay.

After the purchase was finalized, all she had to do was insure it and register it as an RV and start the jaw-dropping transformation. 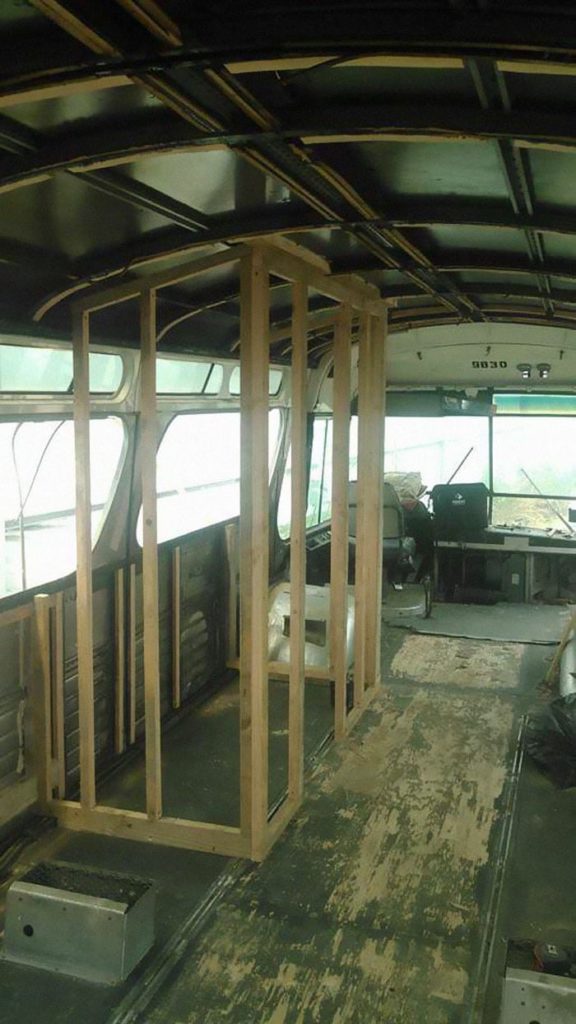 The total amount of money she spent on the actual 1966 GMC Commuter Greyhound and the renovation was around $132,000, with the bus itself costing $7,000.

She left everything to her vivid imagination and her artistic soul and the final result has to be seen to be believed.

“When I walk in, it feels huge. It feels even bigger than my New York City apartment,” she said. 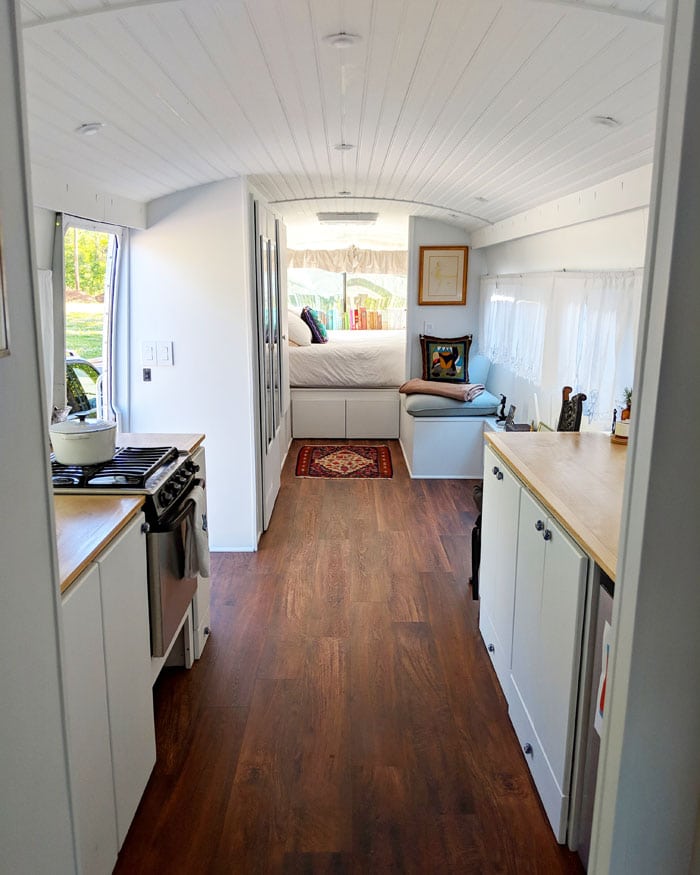 As she enjoys doing things on her own, Jessie did most of the work by herself.

“I love DIY, however, I don’t have experience with plumbing, electrical, carpentry needed for this project,” she said.

However, she also got help in turning the bus of around 400-square-feet into the coziest home. 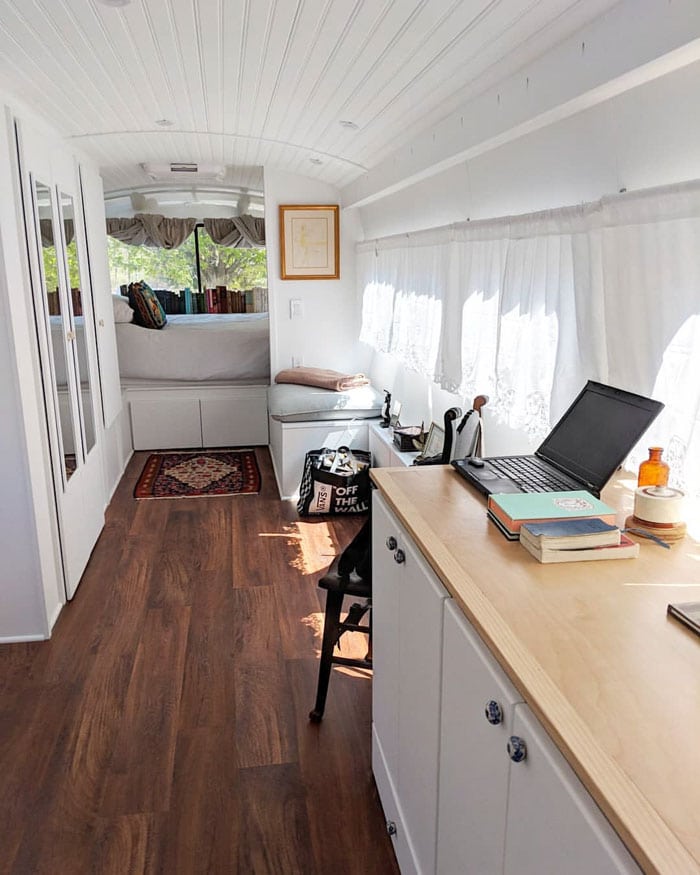 “The big challenge was that it was very different from working on a home that’s fixed in one location. I constantly had to account for movement, on top of that the angles of the bus and slanted style windows made it challenging to design the best possible layout and curved woodworking. Levels were useless as the bus incline changes depending on location, it was all about calculating angles. This added a lot of time onto the project.” 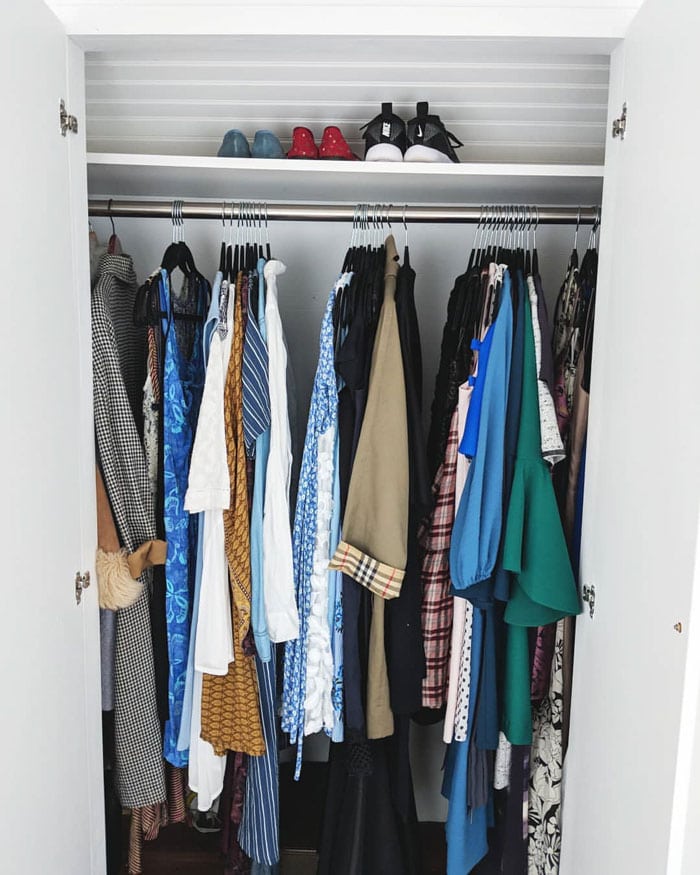 Jessie first got rid of the bus’ seats by selling them to a restaurant. And now that she could see the empty space she could easily envision where each of the rooms would be placed.

The outside of the old bus also got some new, more modern look. Well, it had to fit the beauty of the inside, right? 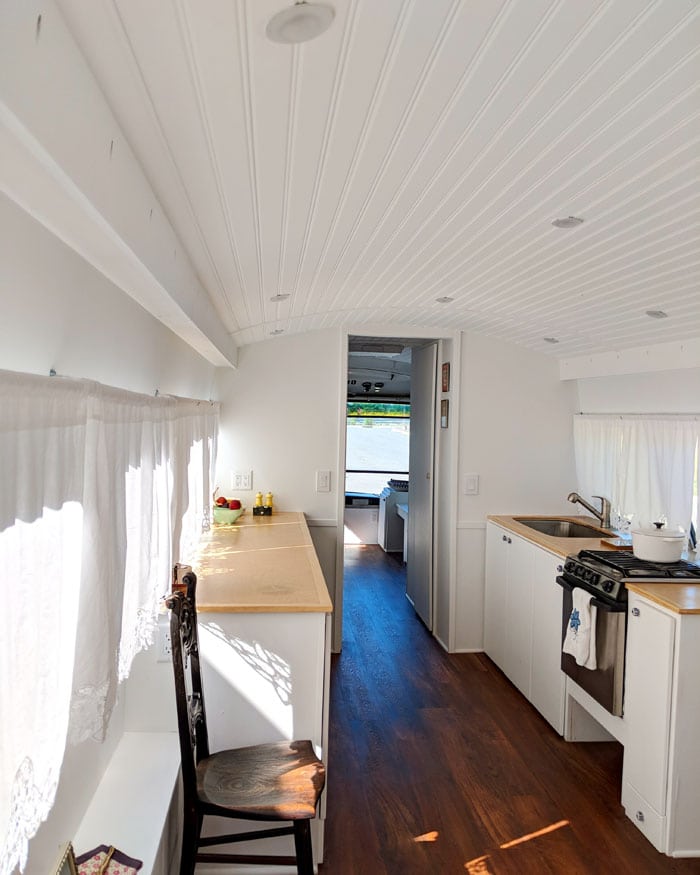 The kitchen is pretty spacious and she can easily move around when preparing her favorite dish. The sink and the stove are just the perfect (normal) size and there are a bunch of cabinets for storing all the food and pots.

“Went with the IGLOO (33 in. W 5.5 cu. ft.) Side by Side Refrigerator in Silver, Counter Depth from Home Depot. It’s a fridge/freezer,” she said. 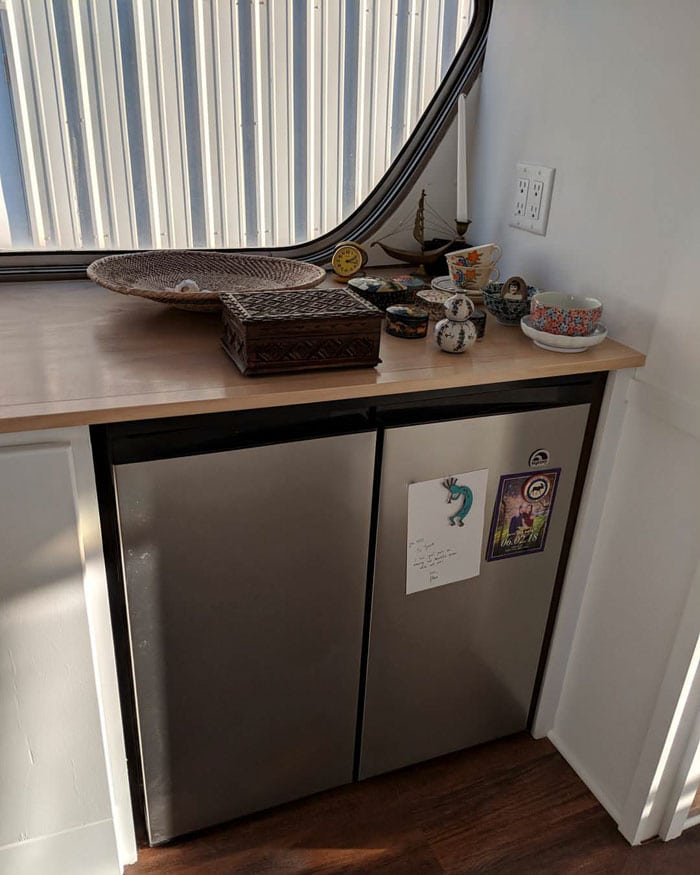 The closet is also the size that perfectly fits her needs and the bedroom which is placed at the back of the bus is tiny but lovely. It even has a hidden storage space and a cool bookshelf.

“The bathroom has mahogany wood slotted flooring that drains for drying off post-shower. The shower drain connects to the floor drain and they both lead to the gray water tank which is mounted under the bus,” she says. 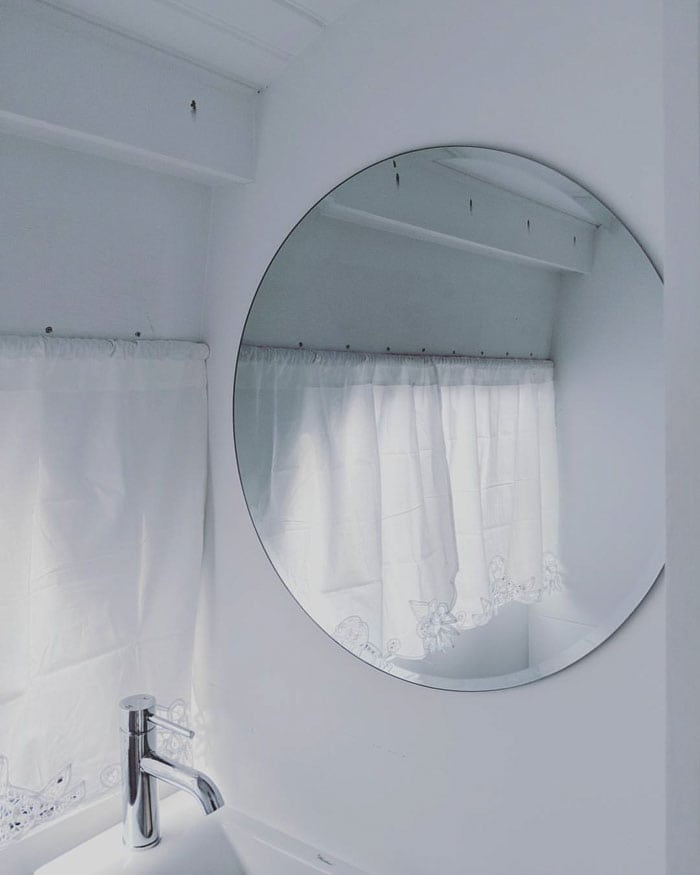 However, as Jessie only got her driving licence before she purchased the bus, she says how she has difficulties navigating such a huge and heavy vehicle.

“I can’t drive it myself! I grew up in New York City and I finally learned how to drive in my mid-twenties. Unfortunately, I have yet to learn how to drive a stick shift!” she said. “I have made lots of friends with the ability to drive a manual 40-foot bus without power steering!” 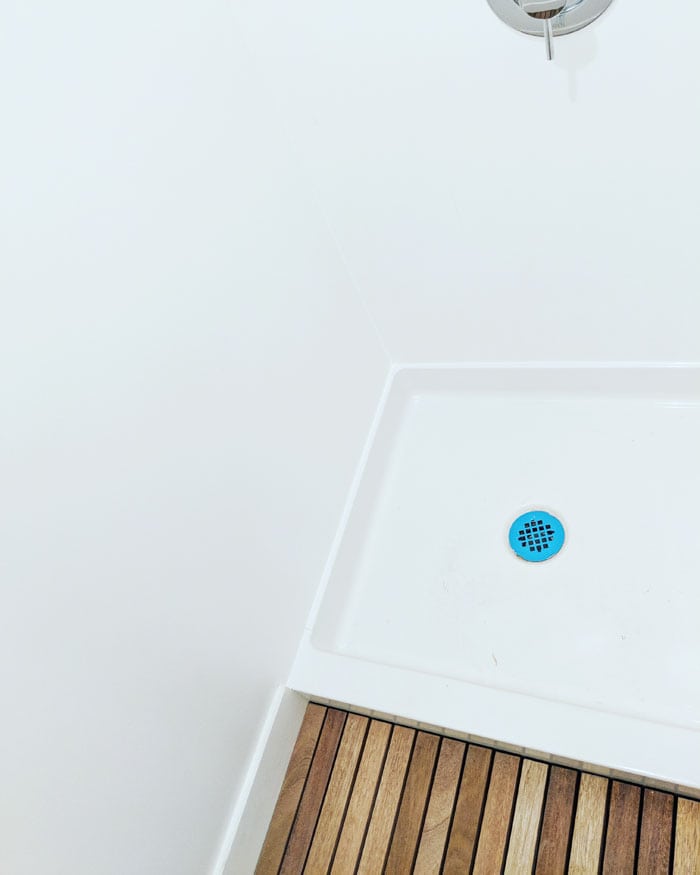 You can take a look at it in the video below and if you have an adventurous soul you may even consider getting it for yourself.

And the price? According to ABC News, this beauty will only cost you $149,000.Now, after 9 years, Emily and Jamie are perfectly healthy children. Doctors feared that what happened at birth could affect Jamie’s life, but they were wrong again.Bigi lives at an elite Calabasa, California neighbourhood and attends Buckley School, a private school in Sherman Oaks, California.