America’s showbiz would never be what it is today without Steve Harvey being part of it. This extraordinary man is a true heartthrob adored by millions, but what many don’t know is that his life story goes from rags to riches.

Harvey experienced a tough childhood because his family didn’t have much money, but both his mom and dad were very supportive of his aspirations.

Growing up, young Harvey dreamed of becoming an entertainer. Once, he even shared that dream of his with his classmates after his teacher asked them to write an essay about the job they want to do when they grow up. When the teacher read what Harvey wrote, she started laughing and told him to dream of something else because he would never become a celebrity, referring to his stuttering.

This broke Harvey’s heart, but at the same time, it made him work even harder because he wanted to prove that teacher wrong. Years after that event, Harvey not only outgrew his stuttering thanks to a local deli man who taught him how to slow down his speech and calm down while talking, but made a name for himself, too.

Speaking to Oprah, Harvey confessed that once he became a household name, he sent his teacher TV every year for Christmas so that she could see him. 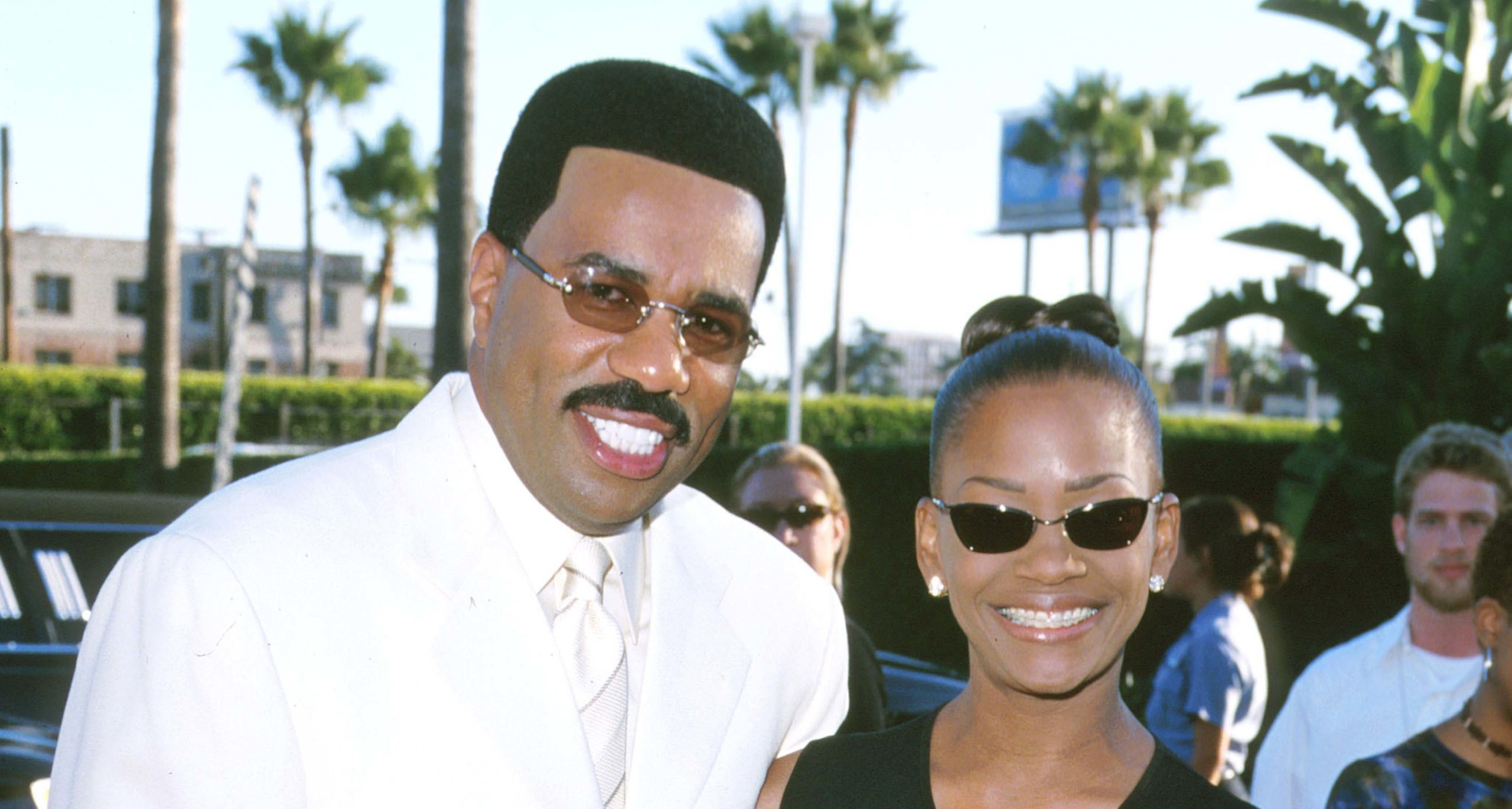 Source: Shutterstock
After working several jobs, Harvey finally got to perform stand-up comedy in 1985. Eventually, he landed his first headline gig at the Bruce Ayer’s Comedy Club in Birmingham, Alabama. After winning $50 at a comedy competition, Harvey knew comedy was his calling.

“I quit my job the next day,” Harvey recalled. “I informed my supervisor that I was leaving to pursue a career in comedy. My boss discouraged me from applying by telling me: ‘Steve, you’re not even funny.’” 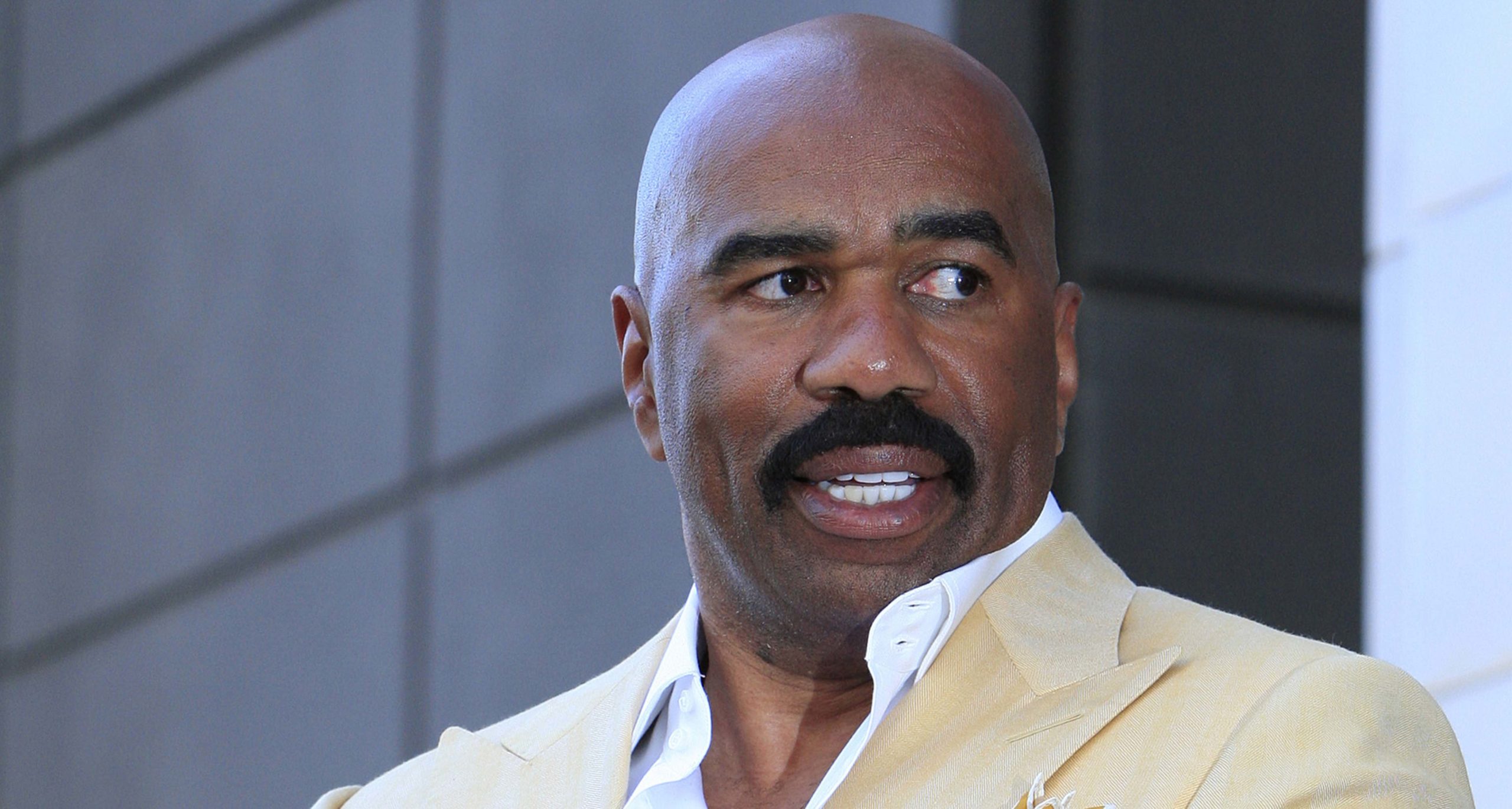 Shutterstock/ Joe Seer
Harvey often speaks of the years he was homeless and how hard it was for him to make ends meet.

“It was crushing,” Harvey told People. “I realized, ‘You’re on your own. You have nothing or no one.’ All I knew was that I could make people laugh.”

Luckily, he got more and more gigs and started earning some money, but at the time, he divorced his wife and around 75% of his income was going to his ex and his twins, so he didn’t have much money on his own.

Things started becoming more and more unbearable for Harvey. He recalled he was using a hotel restroom once and was forced to stay inside for hours until of the guests left. He then sat down on the floor and broke down. Tears started falling down his face and he though he couldn’t take that kind of life any longer, but a voice told him not to quit.

“I sat down and started crying, but a voice said, ‘If you keep going, I’m going to take you places you’ve never been,’” Harvey told People. “It was like God said, ‘Don’t quit, you’re almost there.”

And that voice was right. Shortly after the incident, Harvey got to host Showtime at the Apollo. Around the same time, he landed his show The Steve Harvey Show. 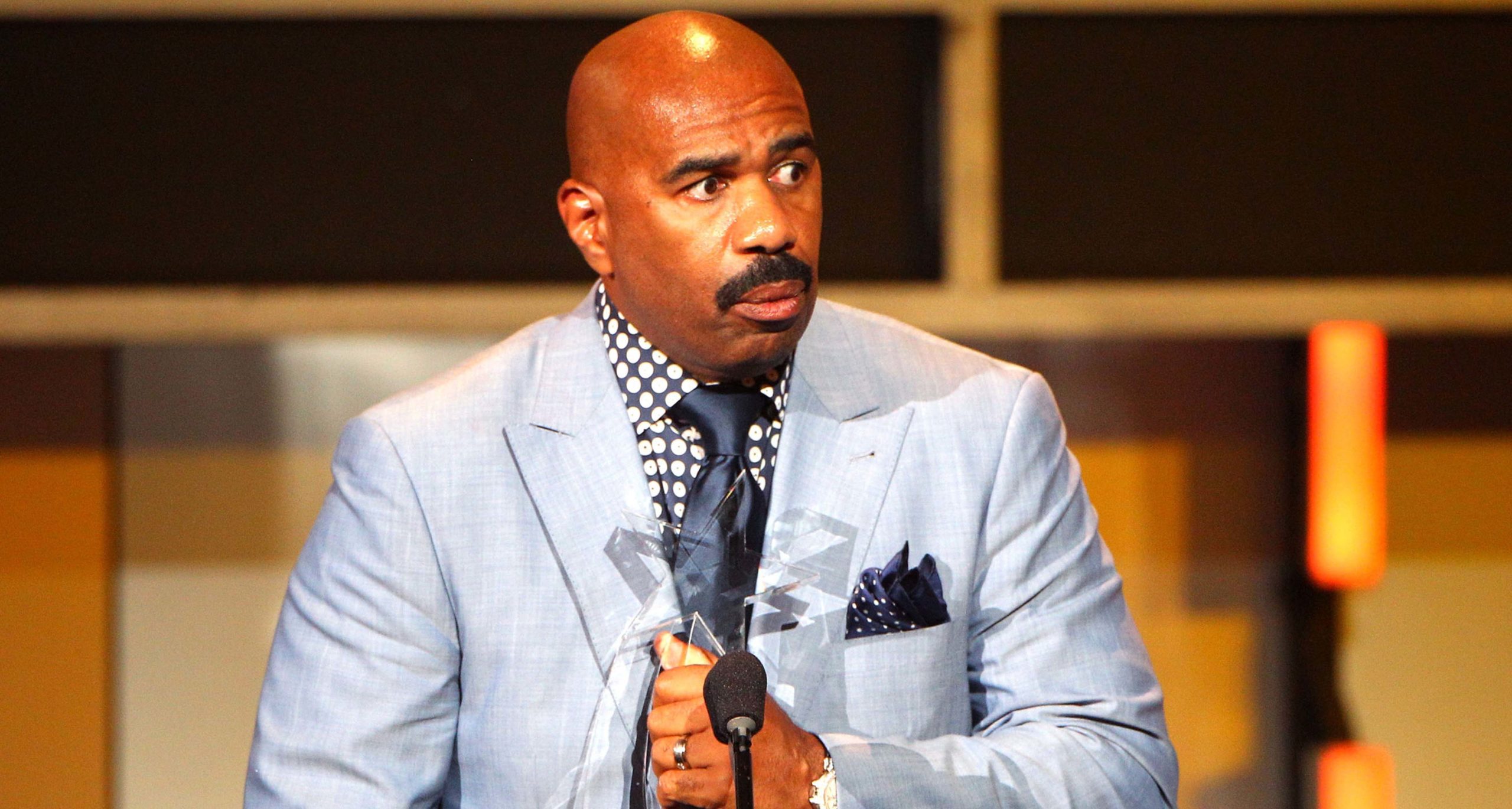 Joe Scarnici/WireImage/Gettty
Later, he appeared in the fantastic classic The Original Kings of Comedy alongside Bernie Mac. He even wrote books which became bestsellers and became a famous name in America. However, it was after he started hosting the iconic Family Feud that Harvey gained a worldwide fame. His unique approach to the show and the contestants put him on the pedestal, and as it looks, he’s there to stay.

In 2007, Harvey married the love of his life, Marjorie Bridges. The two often share photos of each other wearing matching outfits and people love it.

One thing that became Harvey’s signature, besides his mustache of course, are his suits. Over the years, he’s changed his style and it’s safe to say that he turned into a fashion guru. 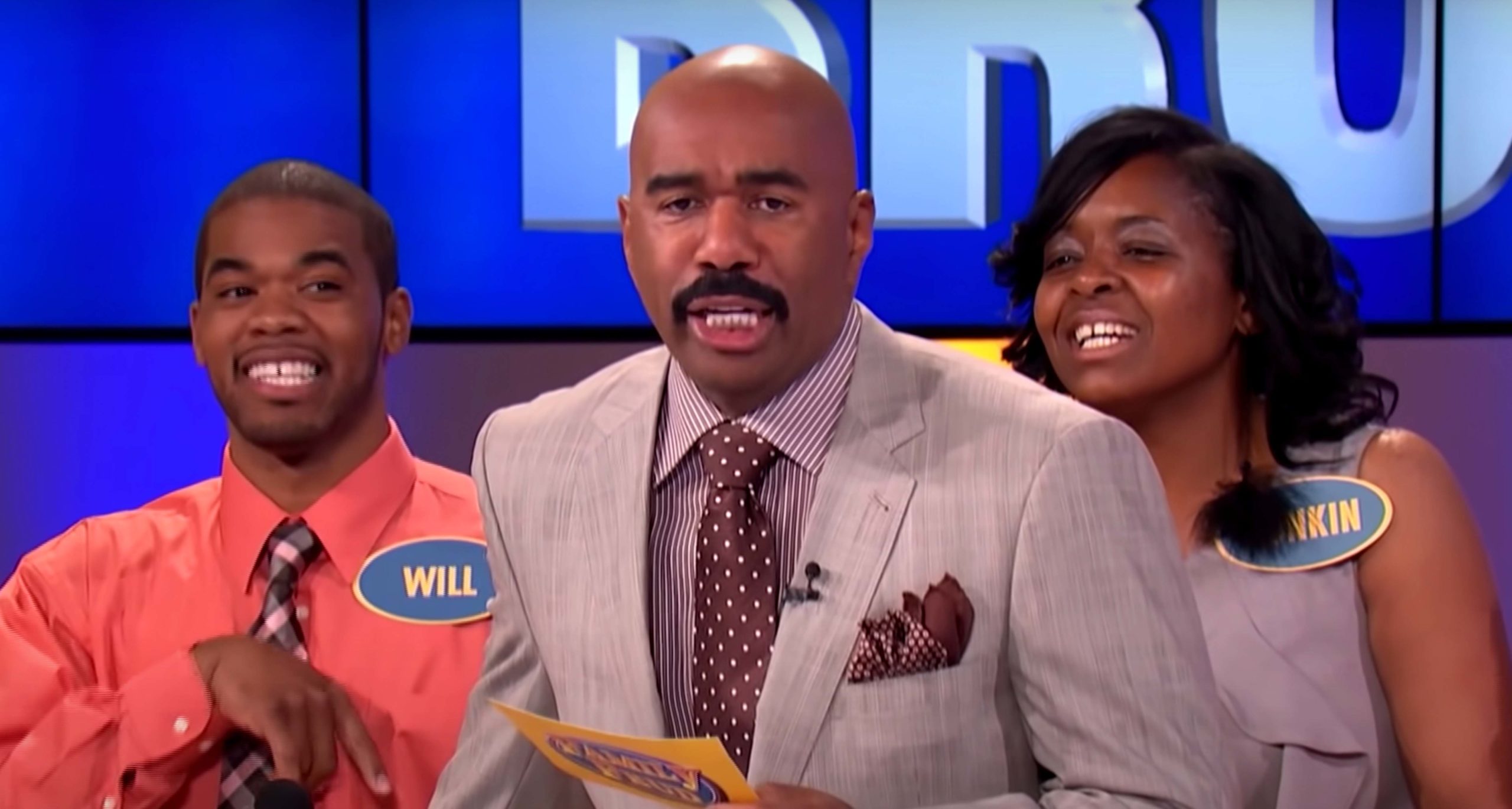 Source: Youtube/FamilyFeud
At first, Harvey was only allowed to pick a suit in black, dark blue, or grey color for the show, but once the producers noticed the style he rocked on the red carpet and in his private life they decided to let him dress like that for Celebrity Family Feud.

“So that was the beginning of it right there: they took the shackles off and didn’t require that I dress as a game show host all the time,” he added.

Having in mind that this incredible man’s net worth is around $200 million, it doesn’t come as a surprise he loves wearing famous brand names such as Dolce & Gabbana, Dior, and many more.

One thing Harvey would never change, however, are his mustache.

“I took the mustache off when I was in college when I was pledging. When I took it off, I discovered something: the distance from the top of my top lip to the tip of my nose is about four feet. It looks like a sheet of plywood if I take my mustache off. So that can’t happen, partner.”