From the moment they are told they are carrying a baby until the moment the little bundle of joy is welcomed into the world, most moms have mixed emotions regarding the journey of nine months that most refer to as the best period of a woman’s life. No matter how happy they are, the question of whether everything was going to be fine until they hold their baby in their arms is always present, and this is especially true if the mother-to-be experienced a miscarriage before. 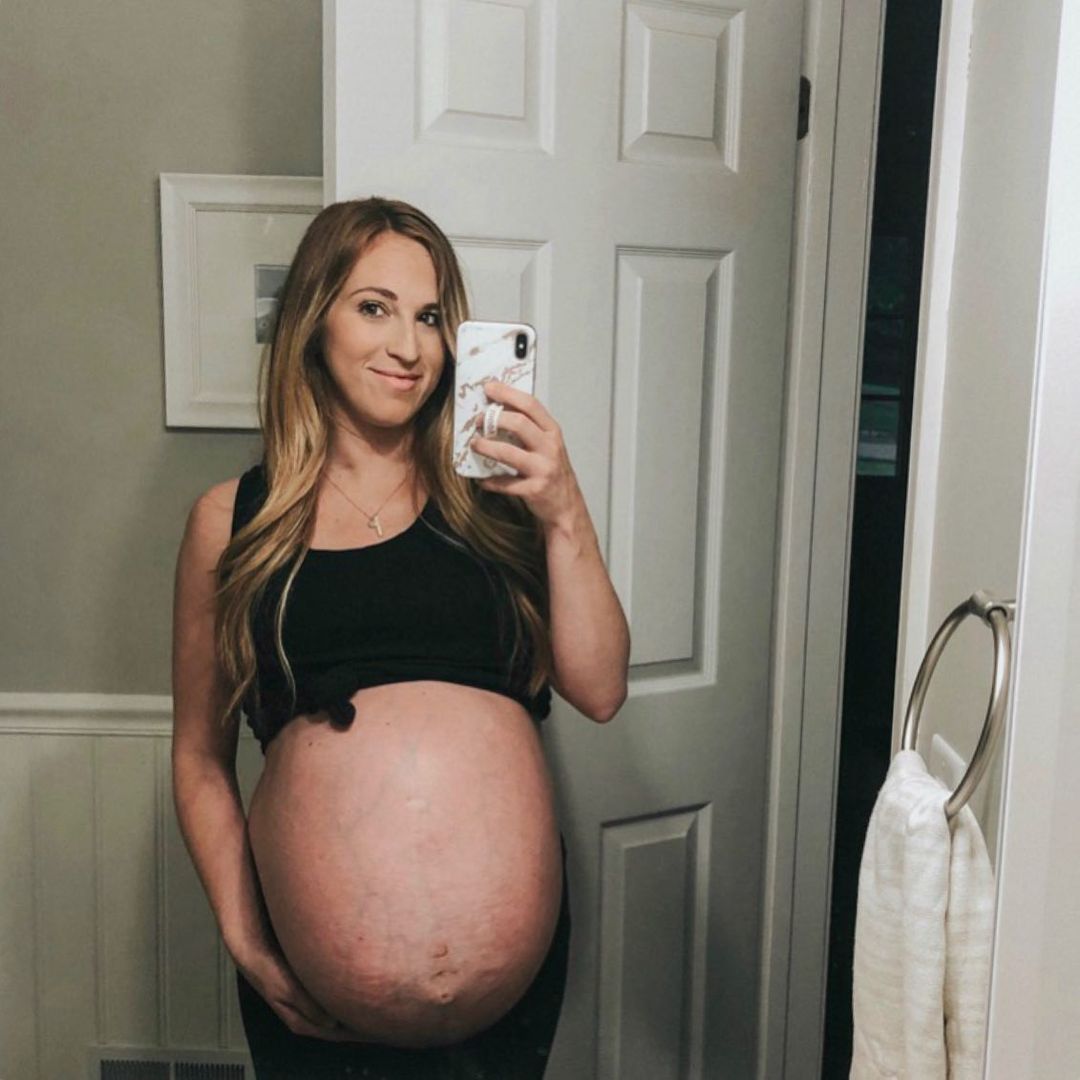 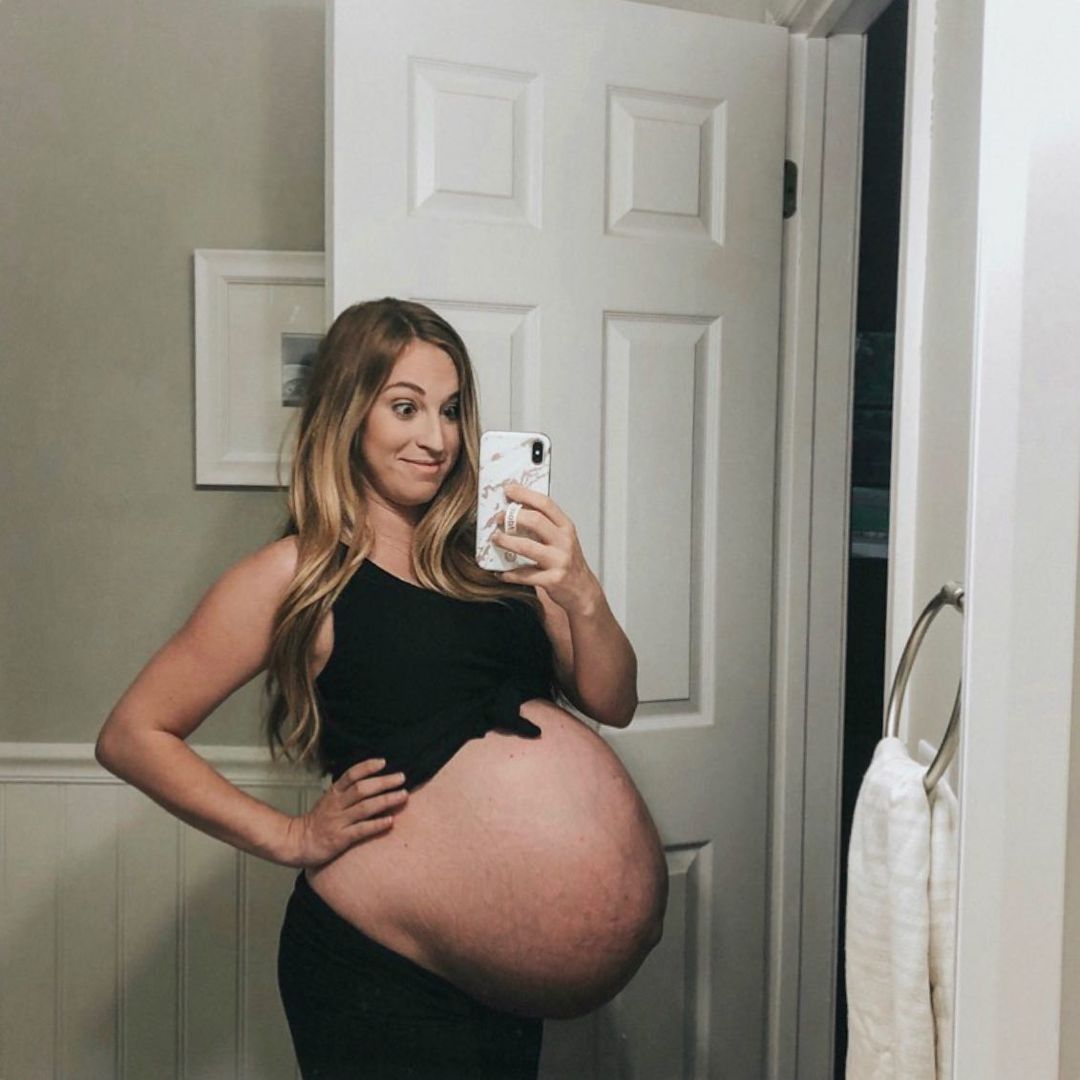 data-reader-unique-id="30">When their son Carson was born, his parents Syman and Lindsay Hay from New Jersey were over the moon. But they always knew they wanted a big family so the thought of having more kids was still there.

However, things didn’t go as planned as Lindsay went through several miscarriages and they were told she had “poor egg quality” which meant conceiving naturally would be almost impossible.

Doctors suggested they should try a treatment with an injectable hormone called Follistim before they turn to IVF. This gave them hope and they decided to give this treatment a go.

“The theory behind the drugs was that if I produced more than one egg per cycle, I’d catch a good one faster. We had to try this, plus timed intercourse six times, before moving on to IVF,” Lindsay told BuzzFeed. 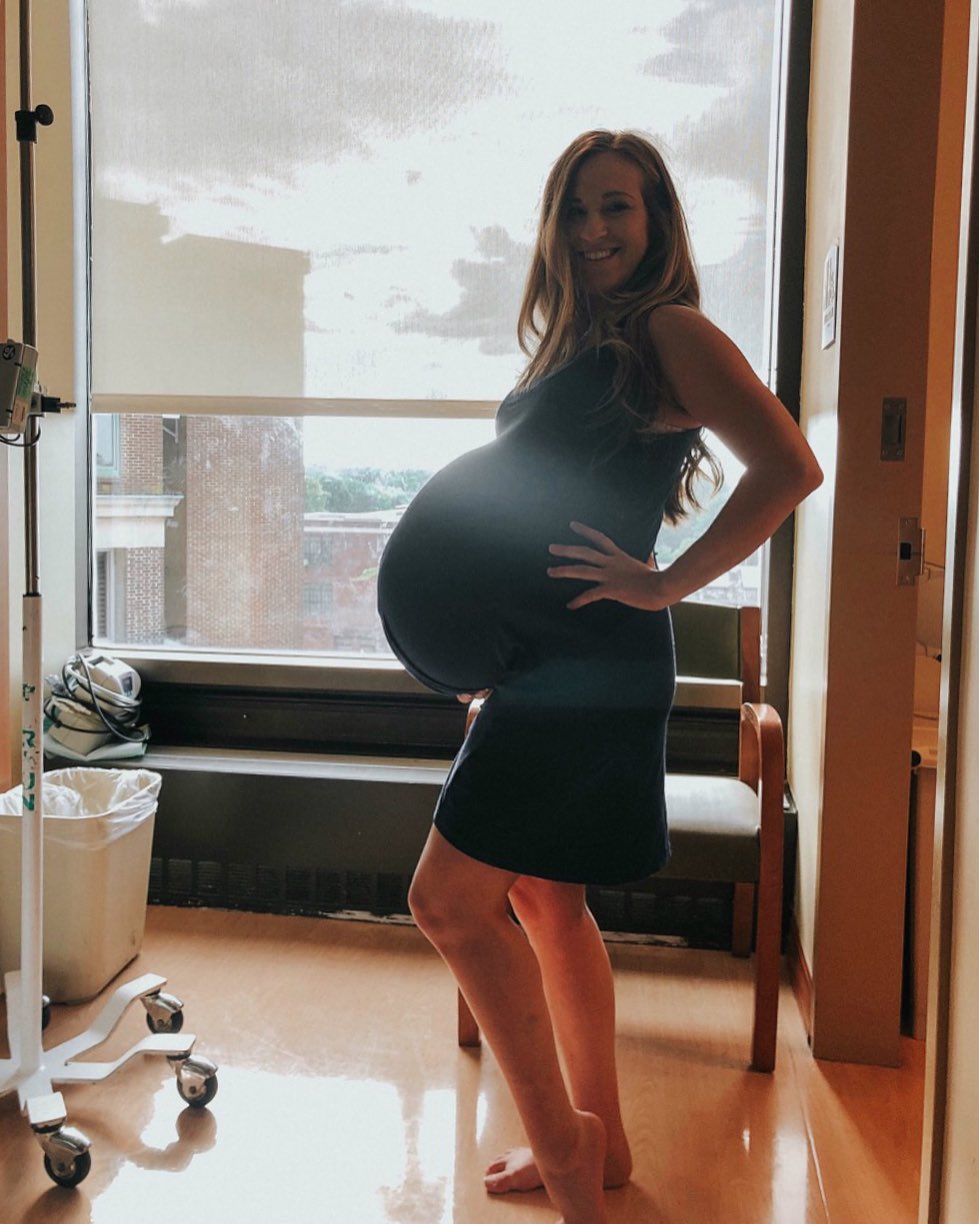 To their surprise and delight, this treatment gave them what they expected for so long, and so much more than the baby they dreamed of. Lindsay was pregnant with quadruplets, which happens once in 700,000 pregnancies.

This was awesome news, but knowing she lost babies before, both Lindsay and her husband feared for the life of the four babies she was now carrying.

“I was in a lot of denial because I was told I had poor egg quality, and I just didn’t believe it. My husband was silent and white as a ghost,” Lindsay said.

Luckily, each of the ultrasounds showed the little babies were developing normally.

“You carry the pain of miscarriage with you wherever you go, and even after being on the other side with my rainbow babies here, it still hurts. I don’t think I’ll ever fully heal. It definitely made me stronger, though, and gave me new perspective and appreciation for just how big of a miracle these babies and all babies really are,” this mom-to-be said. 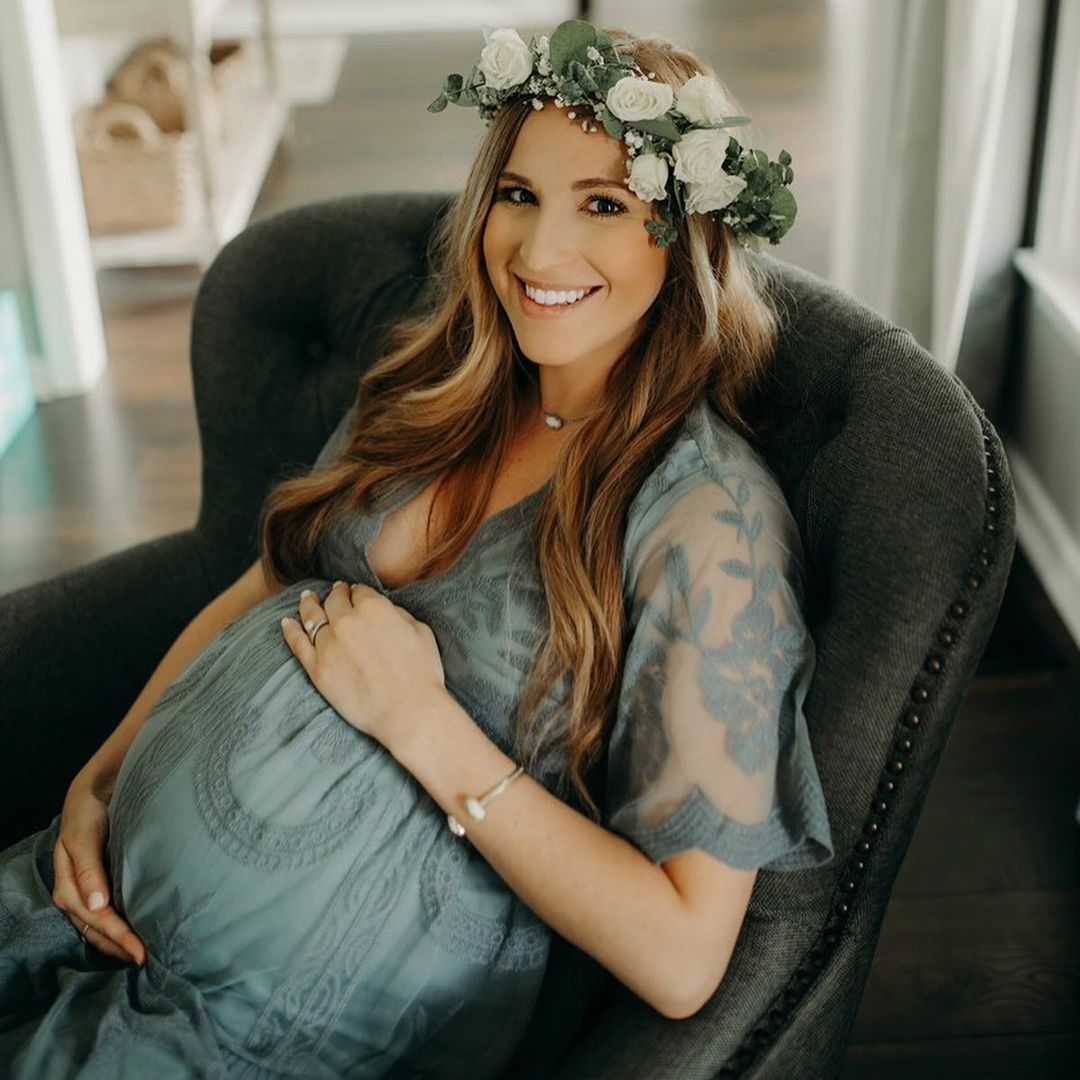 The pregnancy wasn’t an easy one, however, and Lindsay spoke of her fears, her anxiousness, and the uncertainty she felt all the way. On top of that, she experienced fatigues and nausea.

At 20 weeks into her pregnancy, doctors told Lindsay how her cervix was getting thin and that she had to take a lot of rest and reduce her movements. When she reached 30 weeks and 4 days, doctors told her it was the time for her bundles of joy to be delivered. 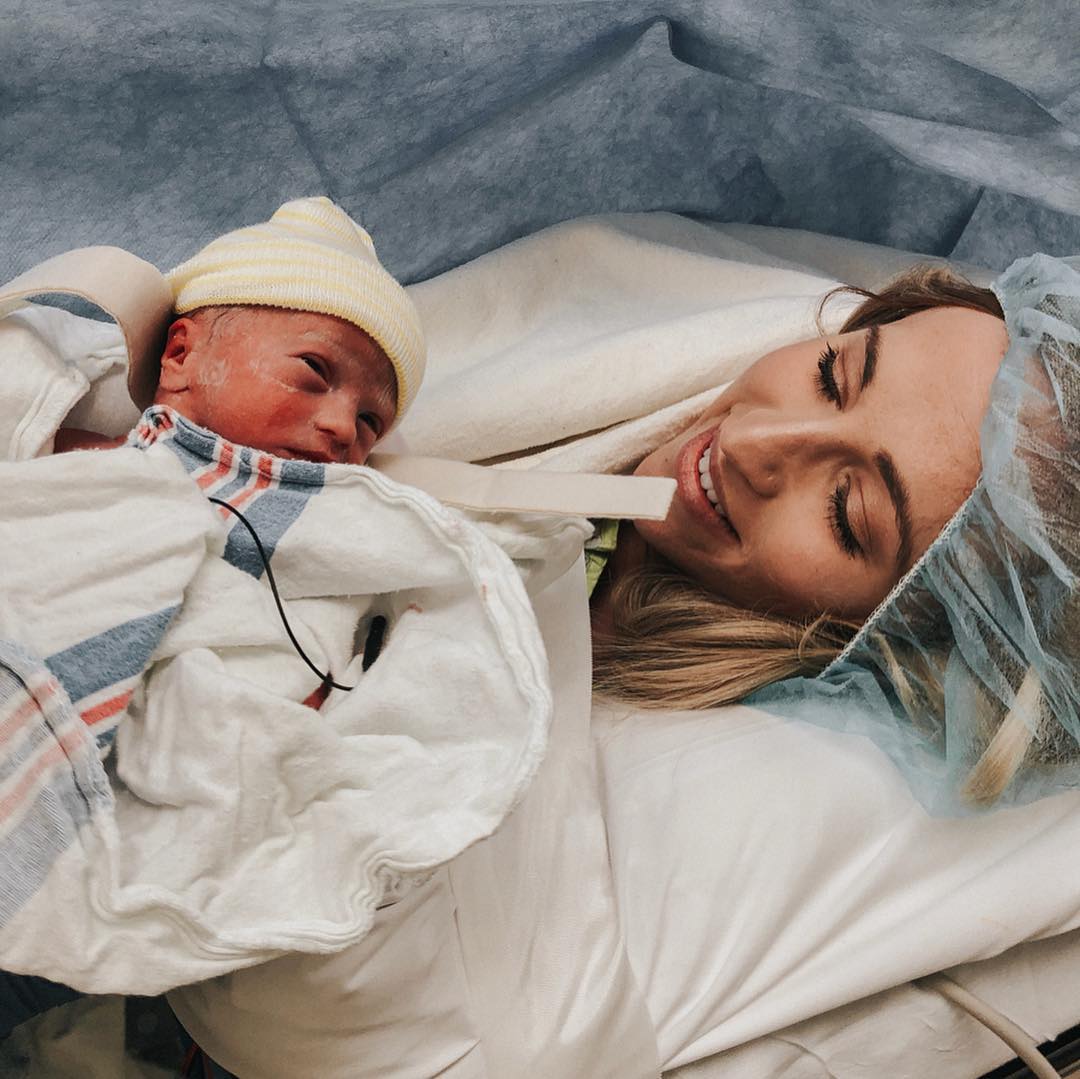 This brave mother gave birth via c-section and welcomed four healthy babies into the world. Because they were tiny, the quadruplets had to spend around seven weeks in the NICU after which they headed home to be around their big brother and their caring mommy and daddy.

Lindsay documented her incredible journey with a lot of photos of her huge belly and kept her Instagram followers updated. Many commented that it really takes a strong personality to give birth to four babies all at once and loved how Lindsay spoke of her pregnancy and their children. 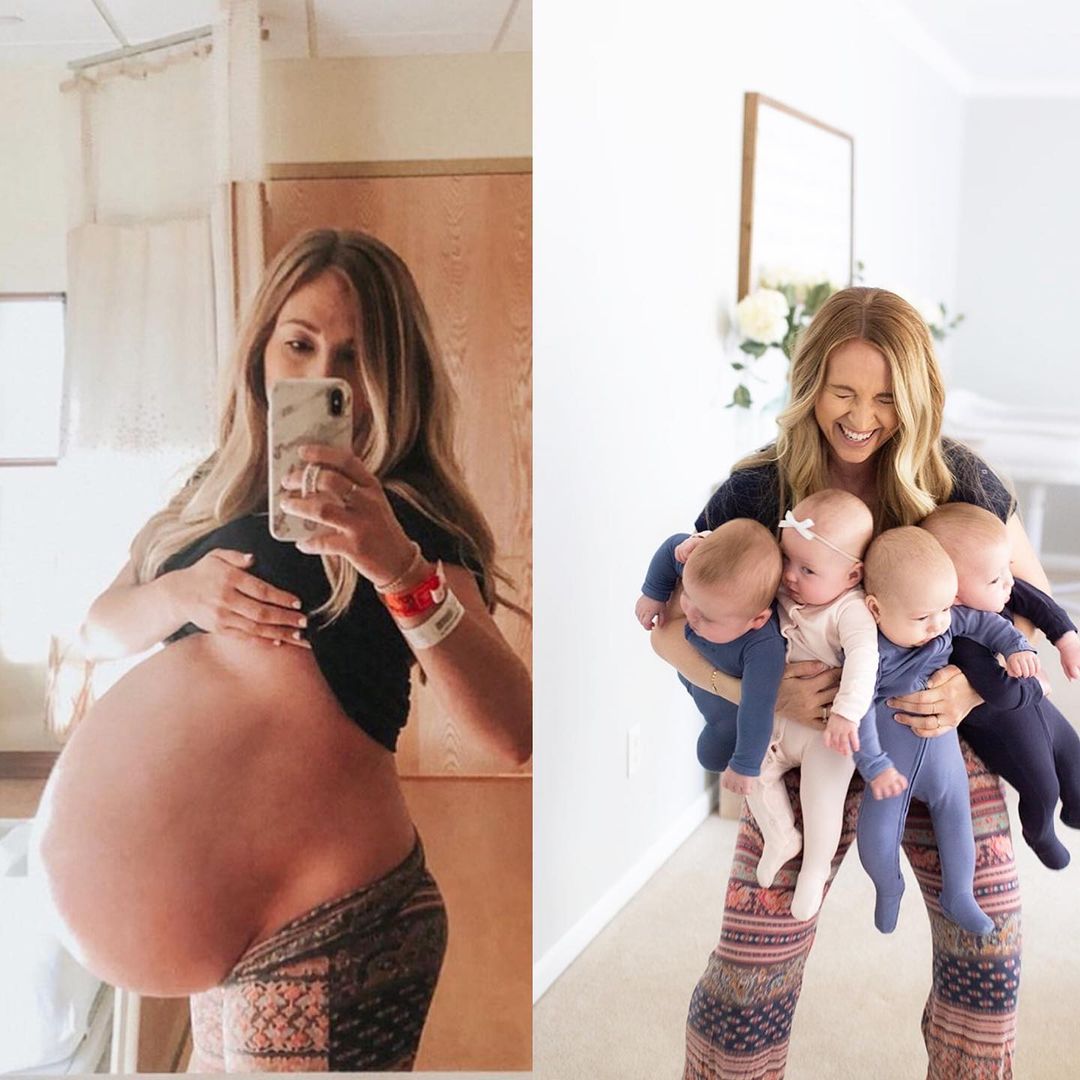 Her fans were eager to see how life is like with five children in the house, but Lindsay couldn’t really post every day because she had her hands full. “I rarely get a minute to myself. I’m constantly in motion and have learned how to move quickly and multitask. I sleep less. I worry more. But I will say this: The expression ‘full hands, fuller hearts’ has never resonated with me more. I am so overjoyed with happiness and fulfilment, and every day I wake up wondering how I got so lucky. I have everything I prayed for and more. We are so blessed,” she wrote. 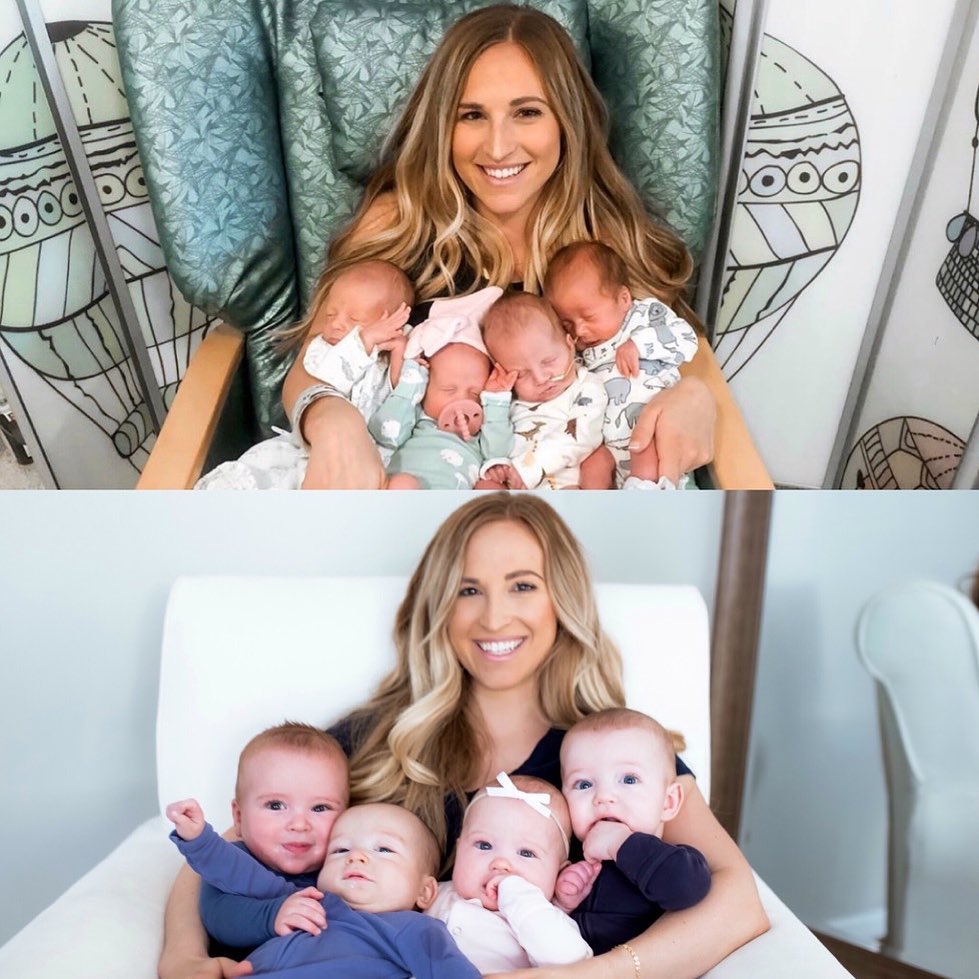 What was really special about this mother is that she breastfed all of her children. It does sound like a lot of work, but she wanted to form that special bond with each of them. The Hays are a blessed family and we wish them all the best in the years to come.

What do you think?

Share on FacebookTweet
Share
Previous Woman Becomes Pregnant After 10 Years – 4 Days After Giving Birth The Doctor Confesses He’s Made A Big Mistake
Next Teen and his cow lose at state fair, take a nap together and win hearts of millions instead