Dylan’s amazing journey: The boy who has proven his doctors wrong so many times

I find it heartbreaking that any young child has to endure suffering from cancer. So many of them battle away with inspiring strength, only to ultimately pass away.

Fortunately, there are also some uplifting and amazing stories concerning children who have survived against all odds.

When Dylan Little was born nine years ago, doctors realized that something wasn’t right practically straight away. The skin on his back was dark red, while the rest of his body was covered in rare birthmarks. 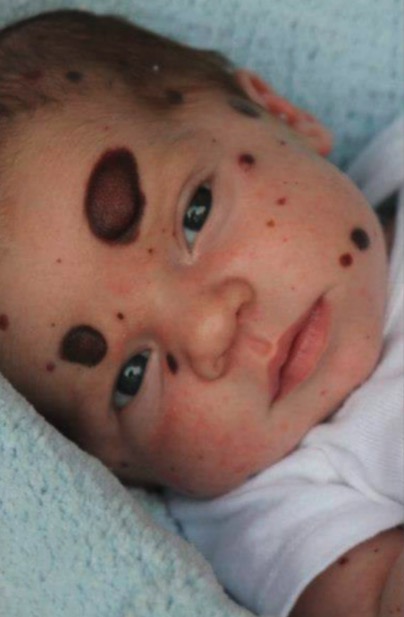 After his birth, Dylan was immediately taken to the NICU. Sadly, it soon became clear that the little boy was suffering from a serious condition called Congenital Melanocytic Nevus – about 80 percent of his frail body was covered in birthmarks.

His mother, Kara, an air traffic controller from Atlanta, Georgia, was of course shocked when she saw her beloved son. During her pregnancy, there had been no indication that anything was wrong. All of the ultrasounds and check-ups had gone to plan.

Yet when Kara got a first look at her baby boy, he was different from anything she could have expected.

“When Dylan was born, his back was entirely black and bleeding, his face, arms and legs were all covered in moles. The largest one was from above his ears all the way down to his bottom, so it went all the way down around his shoulders, belly and entire backside. There were hundreds of satellites where the moles ranged from half the size of a dollar to the dot of a pen,” she told Kidspot in 2016.

At only five weeks old, Dylan had already undergone a PET scan and MRI to check for melanoma. His rare condition – affecting only one in 20,000 – meant that Dylan had several melanin deposits in his brain.

The little boy started to have seziures around 4 months of age, due to the ”spots” in his brain. Doctors explained to his parents, Kara and Nikki, that Dylan would have to undergo several surgeries during the first years of his life.

Patients suffering from Congenital Melanocytic Nevus have a high risk of contracting skin cancer. As a result, it’s extra important for them to constantly keep an eye on their birthmarks.

The mole that covered most of Dylan’s back was so big that doctors wanted to surgically remove it. But it would be no easy operation, as it required transplanting skin from other parts of the baby’s body. 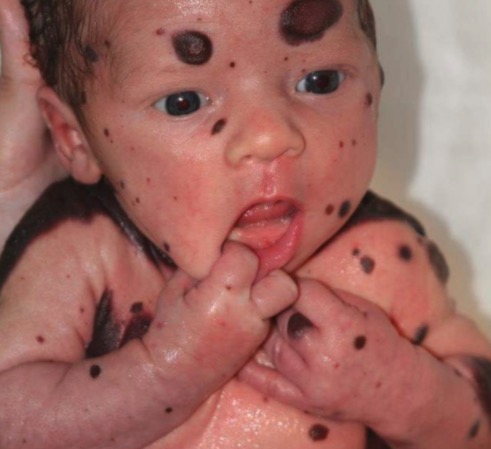 As Dylan grew older, his doctors decided to proceed with more complicated operations. To be able to produce enough skin for transplants, doctors had to insert implants, similar to breast implants, into the boy’s body.

Dylan carried the implants for three months and accumulated more skin as a result. The idea was that there would be enough excess skin to cover the area of the gigantic mole on the little boy’s back after it was removed.

It’s fair to say that to date, Dylan has been through his fair share of operations. After 26 surgeries, around half of the boy’s gigantic mole has been removed. 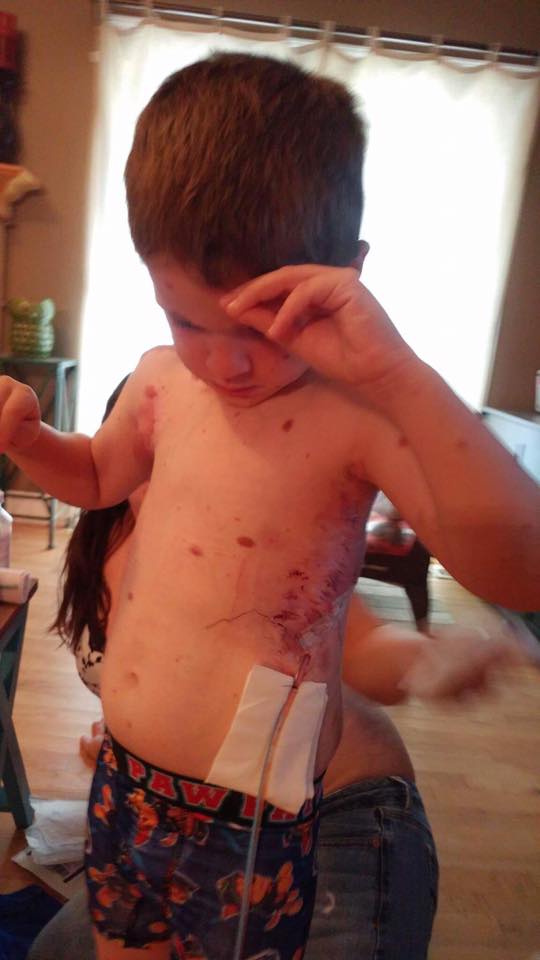 “We’re holding onto hope that the moles never turn on and become cancerous, but he could develop cancer at any point,” his mother, Kara, told the Telegraph. “He has surgery every three to six months, dependent on which area of the body.”

Despite all the surgeries and all the subsequent time spent recovering, Dylan remains a happy little boy and he has proven his doctors wrong, so far. 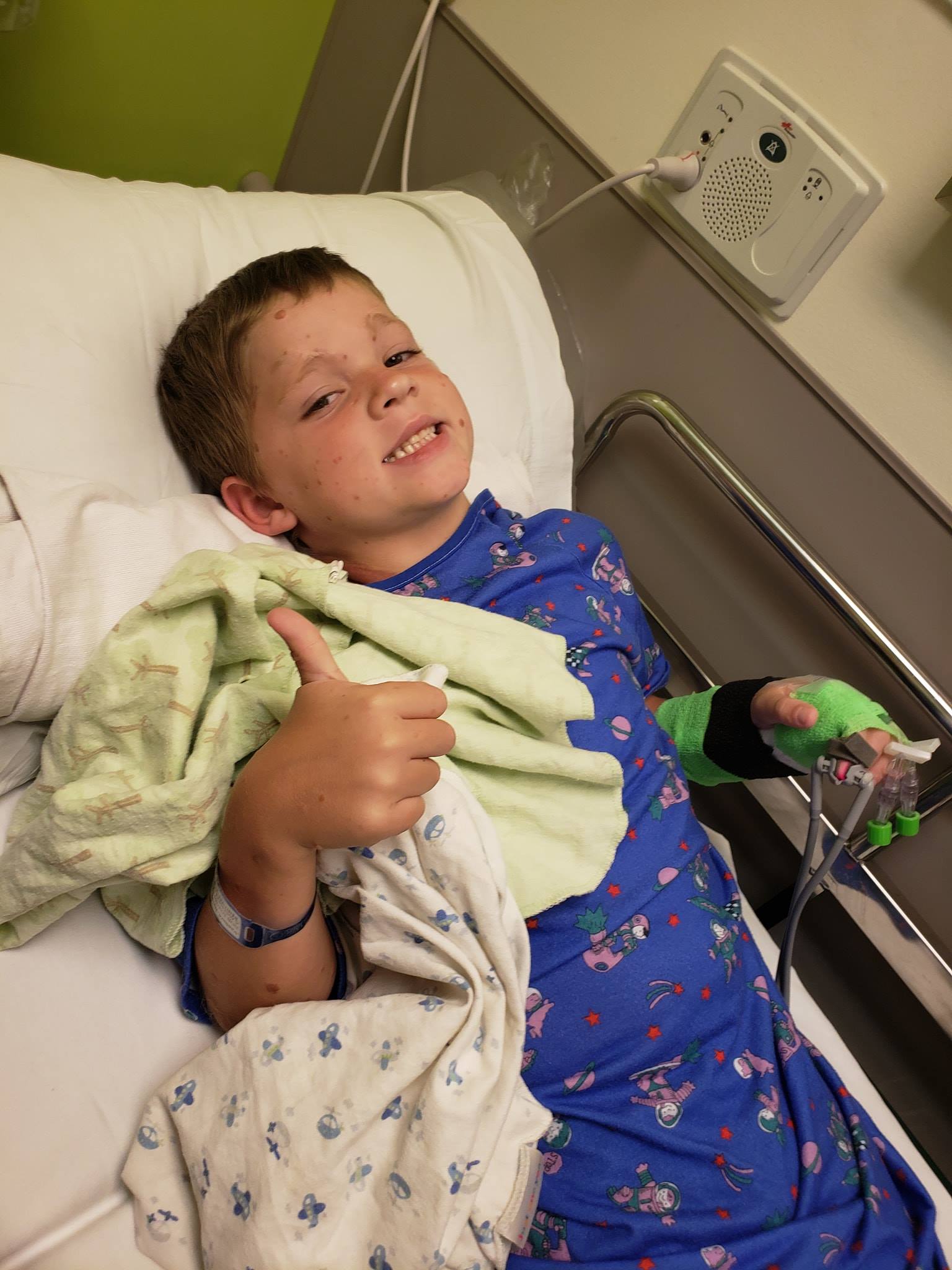 “We are trying to do what’s best for him, we want to give him the fullest, longest life we possibly can,” Kara said to the Telegraph.

“Dylan amazes me constantly, he always has a smile on his face and feels like he owns the hospital, all the nurses know and love him.”

Dylan is well aware that he looks different to most kids. Strangers often stop and stare when he’s out in public. When that happens, Dylan simply explains to them why he looks the way he does.

Generally, people are friendly towards him. There are times, however, when others have been really mean.

“Once in a supermarket a store manager asked us to leave because one of their customers was upset about having seen our child, which was very upsetting,” Kara said.

At the same time, Kara rightly refuses to hide or be ashamed of her boy.

“I’m not afraid to take him out at all and I don’t want him to be worried or think there is something he should be ashamed of,” she explained. 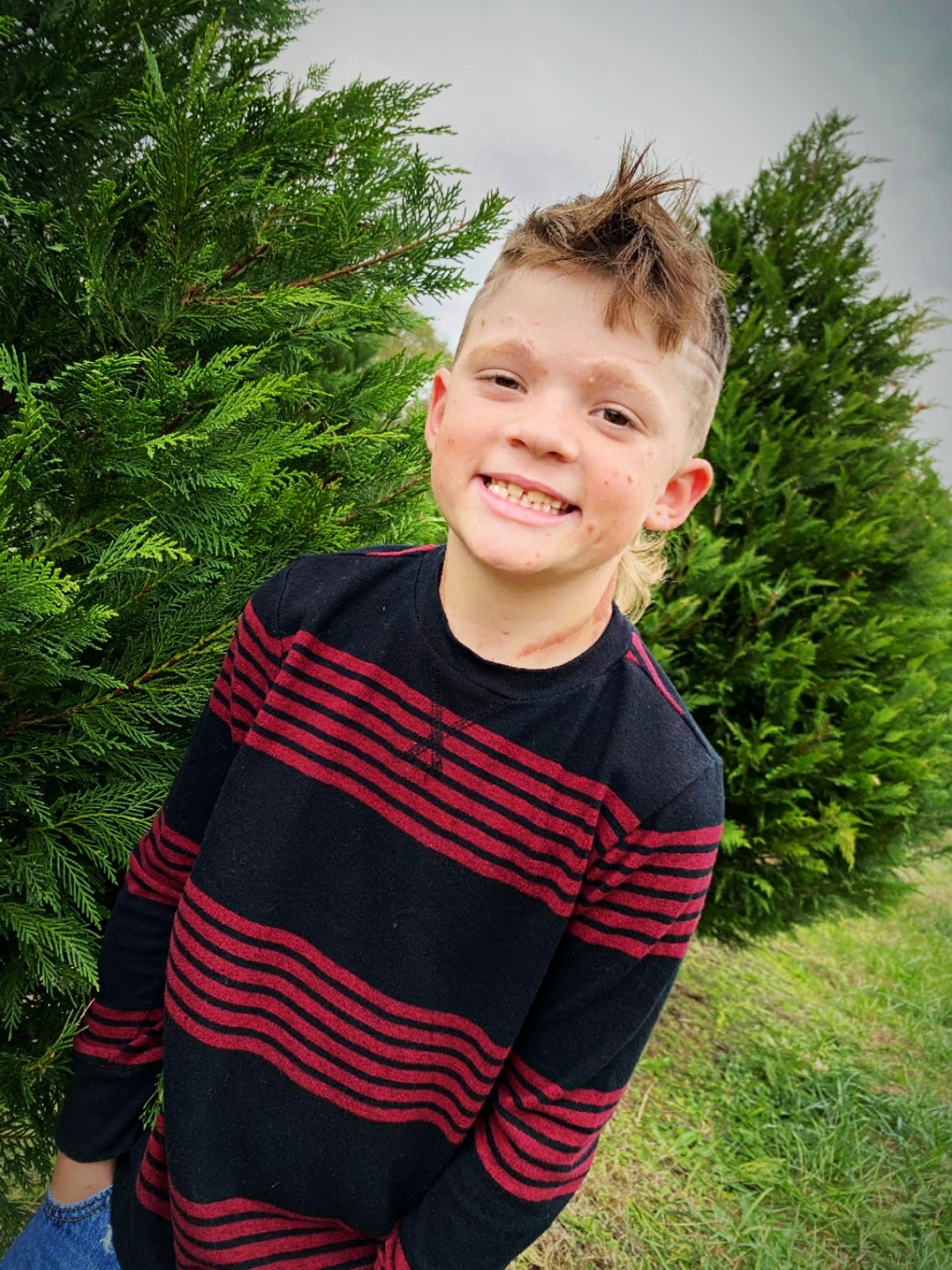 “We don’t know what his future holds at this point, he could have days, weeks, years or decades – which is why we are doing everything we can to keep him with us,” Kara said in 2016.

Today, Dylan has undergone 33 surgeries, but he still has a positive outlook on life. He loves playing baseball, fishing and spending time with his family and friends. At 9-years-old, he’s healthier than ever and living his life to the fullest.

However, Dylan still has some moles left and these requires constant monitoring – to make sure they don’t change in a negative way. 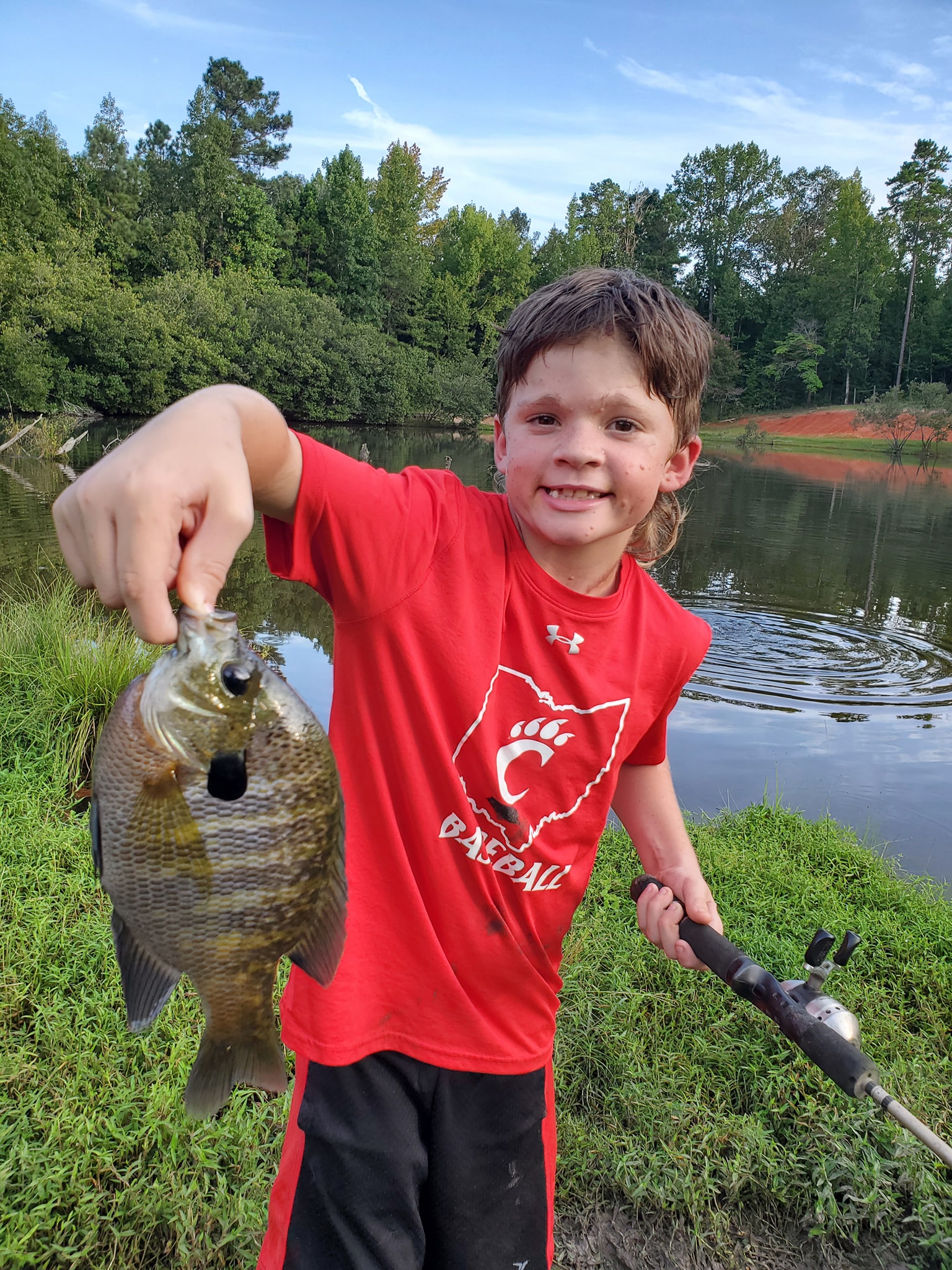 And unfortunately, Dylan continues to be hospitalized from time to time. So far, however, all of the surgeries have gone to plan. Like the warrior he is, Dylan has recovered well every time.

Just look at this precious boy today – I’m so glad your parents can share this life with you and watch you grow up with pride in their hearts. If I only had half of your superpowers, I would be very grateful indeed. God bless you Dylan – you’re brave! Never give up! 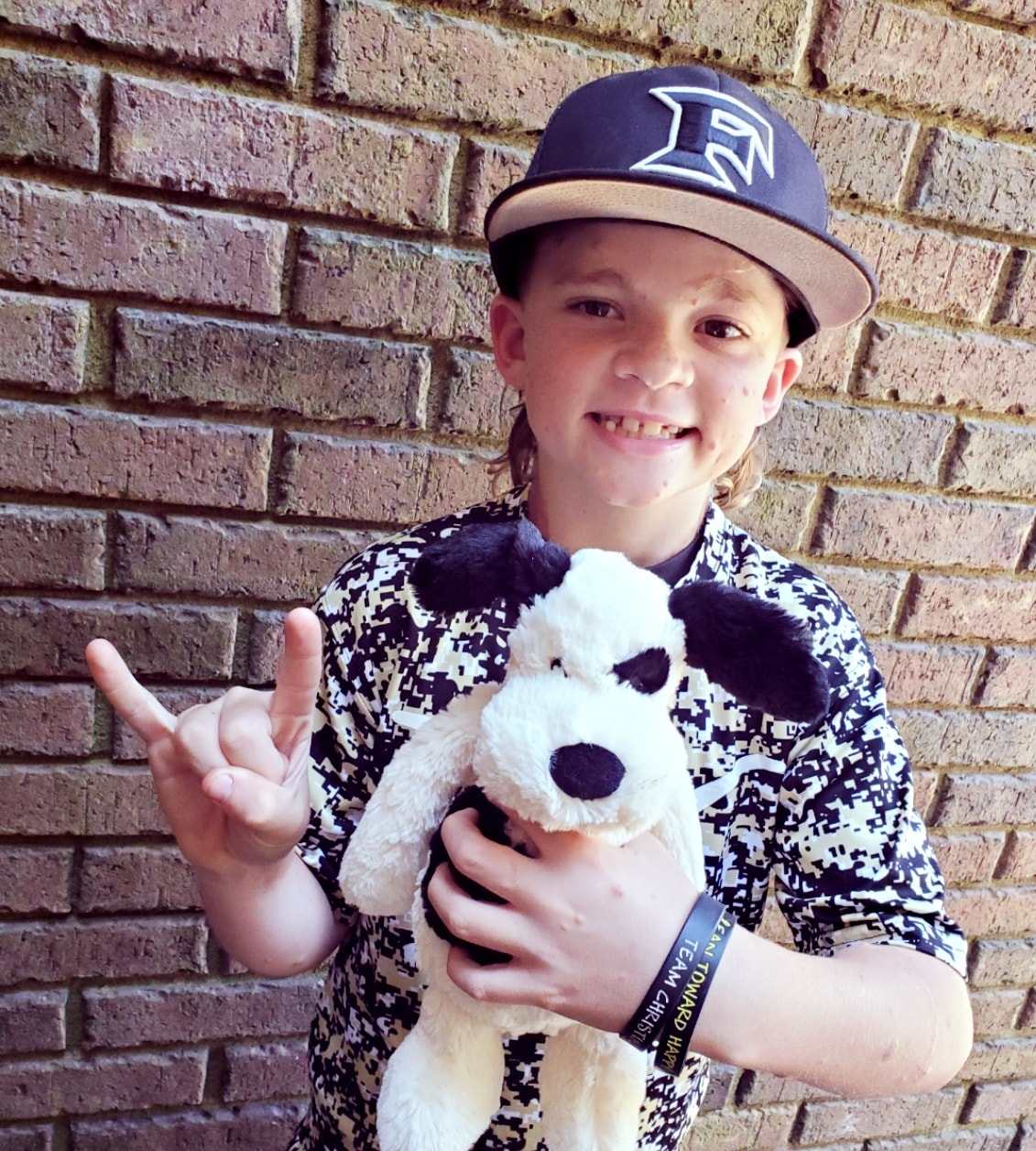 Dylan Little is a brave 9-year-old boy who’s fighting a battle that no one should ever have face. No parent wants to see their child suffer, and they’ll do everything in their power to make them feel good again.

We really hope the rest of his operations run smoothly.