Amy Roloff became a star on the series Little People, Big World. Alongside her family, including her ex-husband Matt Roloff, son Zach Roloff and his wife Tori Roloff, the school teacher and philanthropist has made the most of her life.

Not only has Amy Roloff been a great role model, educating others about dwarfism, but she’s also created a wonderful family, and the last number of years have been quite special.

Following her divorce from Matt, Amy found love again. And now, she and Chris Marek share some wonderful news. Last week, the couple tied the knot at the Roloff family Farm in Hillsboro, Oregon.

For over 15 years, people all over the world have been able to follow Amy Roloff, Matt, Zach and Tori on the TLC Series Little People, Big World.

Not only do they have a wonderful life to share with the viewers, but they’re also breaking down stigmas around dwarfism, or achondroplasia, which is a genetic disorder thats primary feature is dwarfism.

Those with the condition find themselves at high risk of becoming victims, either being discriminated against or socially excluded. But the truth is that just because you have achondroplasia doesn’t mean that your medical or physical accessibility problems are any different from a person who doesn’t have it.

All over the world, people are trying to break stigmas over many things. In the US, Amy Roloff, together with the rest of the Roloff family – are doing their best to show that one can live a wonderful and magical life, no matter their size. 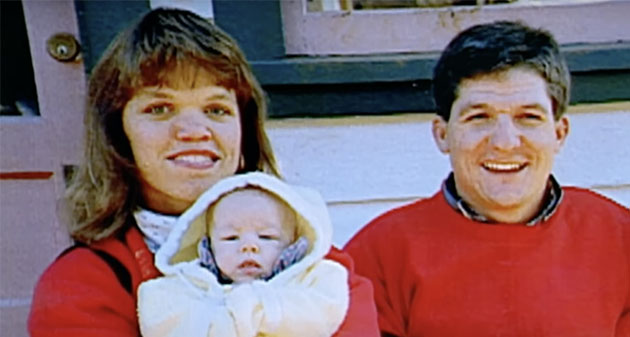 “The Learning Channel (TLC) came to us [in 2005], and so we suddenly realized we were given a great opportunity to educate people about dwarfism,” Amy said in 2010. “When it was offered that we do a show about our lives, my husband and I were like, ‘Wow, nothing like this has even been on the air.’”

“Nothing had depicted dwarfism in an everyday way. Lo and behold, a few episodes turned into six seasons,” she added. “And here we are.”

Amy Roloff attended one of their events, but at first, she felt uncomfortable because she hadn’t been around people with the same genetic condition before. But what she didn’t know at the time was that she was going to be a very important person for everyone with achondroplasia moving forward.

Roloff continued studying and working, and most importantly, continued attending LPA meetings. In 1987, she attended an LPA conference, where she met a man named Matt.

Matt and Amy began speaking and instantly felt a connection. However, at the time Matt lived in California and Amy in Michigan. The two continued talking on the phone almost every day and engaged in a long-distance relationship.

They met only a number of times before she fell deeply in love. And during a trip to Yosemite National Park, Matt proposed. 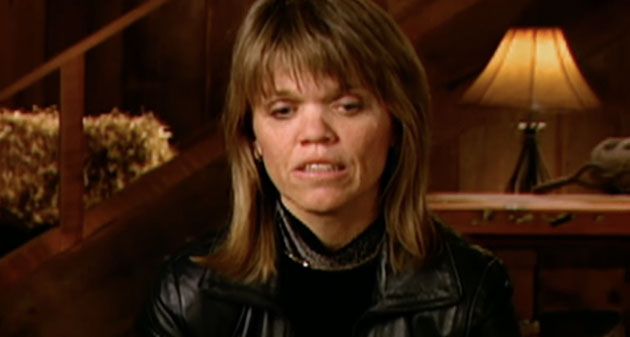 “He was sitting on a rock ledge behind me. From the way his voice sounded, I knew whatever he wanted to talk with me about was serious,” Amy wrote in her memoir. “I had no idea what it could be. My heart started to beat faster. I was suddenly nervous. He looked white as a ghost, and I thought maybe something was wrong. I knew he was afraid of heights, so was he feeling sick? Far from it.”

“I can’t remember all he said to me; all I remember is him asking me to marry him, she added. “I was so surprised, excited, and happy that I started to cry, I said yes! Yes!”

Together, Amy and Matt bought their Oregon farm, which is now a classic piece of estate!

Alongside the film crew, Amy and Matt invited the world into their world on Little People, Big World. Amy navigated the responsibilities of being a mother as well as working at the same time.

Furthermore, Amy turned into a soccer coach as well as a school teacher. At the same time, she also created the Amy Roloff Charity Foundation.

“Through the opportunities and advantages that I’ve had in the last five or six years, I figured it was time to give back to all of the things that are important to me,” Amy Roloff said. “One of those things has been the Dwarf Athletic Association of America (DAAA), which I happen to be very familiar with. But I also help fund an organization for foster care parents and for the kids they adopt, as well as for people in low-income senior housing.

“We’ve also supported a family homeless shelter, which is one of only a few in the Portland area that brings in the whole family instead of dividing them up,” she added. 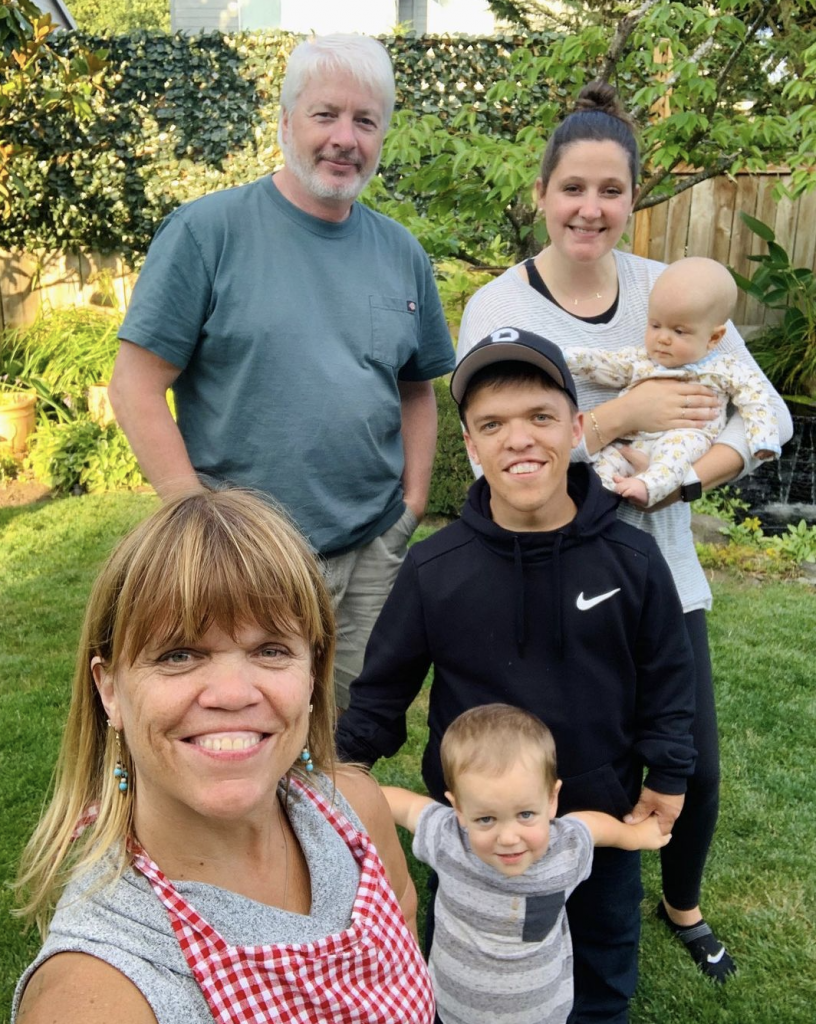 And being on their show Little People, Big World sure has made her learn plenty about herself.

“I think I’ve gotten to know myself a little bit better, actually, and all the opportunities that I’m more than able to do,” she said. “Exposing your life to millions of people, especially as a parent, is a daunting thing to begin with.

“But I think this very public experience has helped each member of my family grow. I think it’s strengthened us so that we recognize our flaws and the best parts about ourselves.” 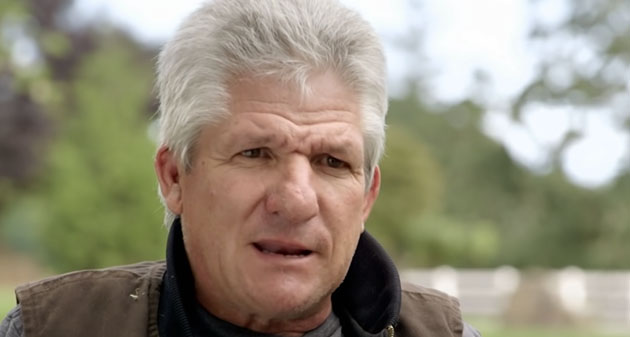 In 2016, Matt and Amy Roloff decided to get a divorce. At the time, the series was ongoing. Finally, Amy felt that the production pushed her into moving on.

Speaking with Access, Amy Roloff revealed that the production team pretty much told her she had to date.

”We do our best, we still want to remain respectful for the sake of our kids and stuff like that,” she said on the divorce. “We’ve had a long life together, so why hate each other. It didn’t work out and we have moved on.

“After divorce, you know, production’s like, ‘Oh, you gotta date! Date!’. I’m like wait a minute, I have to breathe and be for myself for a moment,” she added.

Amy Roloff sold her part of the farm

Following the divorce from Mark, Amy took the tough decision of moving away from the family farm. She decided to sell her portion of the farm to Matt, and according to The Sun, she got around $600,000 dollars for it.

However, it didn’t take that long before Amy gave love another chance. And now, she’s happily married once again, this time to Chris Marek. 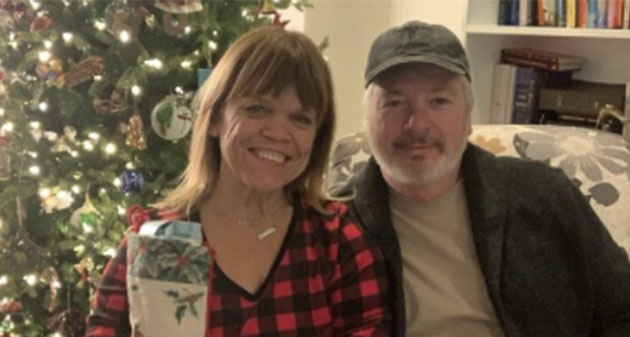 When the two met for the first time, it wasn’t love at first sight. Even though Amy thought it was tough getting back in the dating game, she went to a singles mixer where she met Chris.

It took some time, but once Chris Marek asked her to go on a motorcycle ride with him, the two started dating.

At the same time as she moved, her relationship with Chris got serious. And now, the two have married.

According to LinkedIn, Chris Marek is the owner of Keller Williams real estate firm. Also, he’s appeared on television several times with Amy, sharing their love with the rest of the world.

On August 28, Amy and Chris returned to Roloff Farms to get married. A part of the decision of returning to the farm was because of the pandemic.

“COVID came into play because I think a lot of people either changed or canceled and moved whatever was going on in 2020 to 2021, so other places just kind of eroded away, and plan B became plan A.” 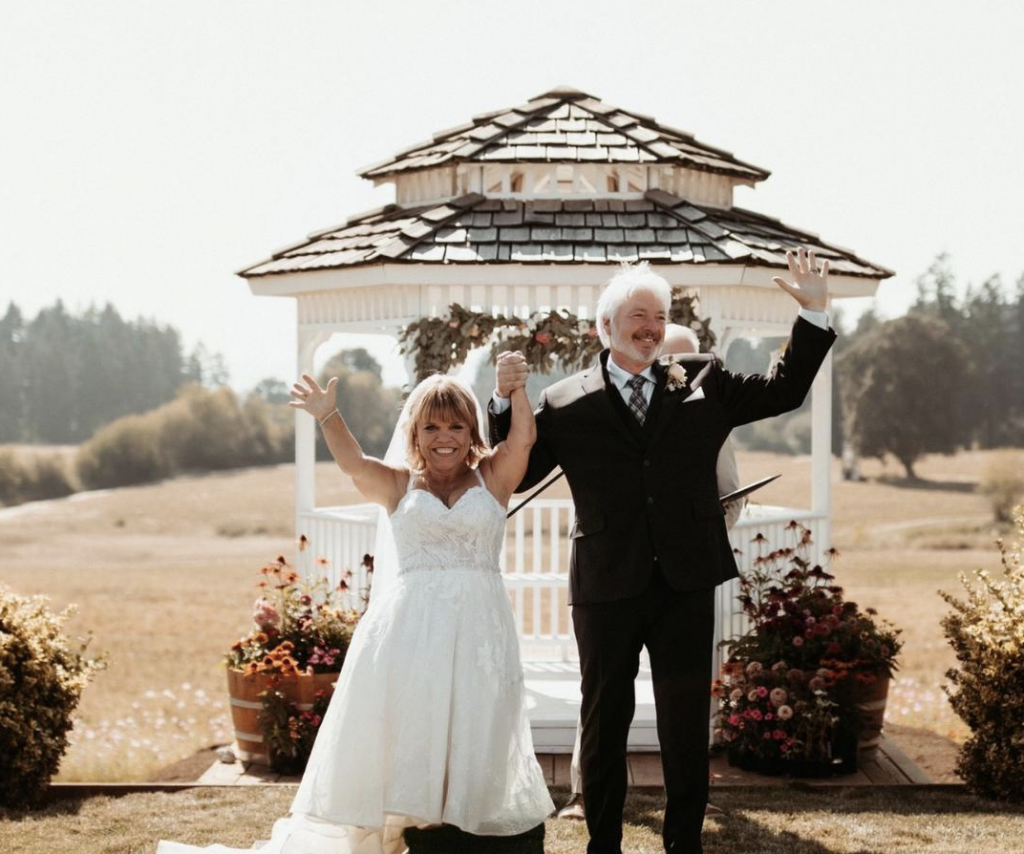 Congratulations, Amy and Chris! We wish you all the best in the future.

Please, share this article with friends and family to congratulate Amy Roloff and her new husband on the marriage!

Share on FacebookTweet
Share
Previous Rare Irrawaddy Dolphins Found In Indonesian Waters (10 Pics)
Next The dream of the 12-year-old Andrew comes true after his best friend’s family adopts him. Congrats to you, Andrew.